On 19 June 1836, DELAWARE (wooden passenger/package freight side wheeler, 105 foot, 178 tons, built in 1833, at Huron, Ohio) was carrying general merchandise and passengers in a storm on Lake Michigan when she was thrown ashore off Niles, Illinois. She broke in two and was wrecked. No lives were lost.

On 19 June 1900, the wooden schooner THOMAS L. HOWLAND was raised and towed to Buffalo, New York for repairs. She had been sunk by the ice off Windmill Point in the Detroit River early in the season.

At 5:30 p.m., on 19 June 1872, the wooden package freight/passenger propeller MONTANA (236 foot, 1,535 gross tons) was finally afloat at Port Huron, Michigan. She was successfully launched at the Port Huron Dry Dock Company on Saturday, 15 June, but she got stuck in the mud. The tugs VULCAN, PRINDEVILLE, BROCKWAY and BURNSIDE were all employed to free her and the MONTANA’s engines were also going. It took four days of pulling, hoisting and dredging to free her. The effort to get her free and afloat cost Alexander Muir, her builder, over $3,000 (in 1872 dollars). She lasted until 1914, when she burned near Alpena, Michigan.

1905 – The wooden passenger and freight steamer CITY OF COLLINGWOOD of 1893 vintage was destroyed by a fire at Collingwood and four lives were lost.

1917 – The Canadian bulk carrier NATIRONCO was beached in the Detroit River after a collision with the EASTERN STATES and was deemed a total loss. It was raised and repaired at Toledo and survived until scrapping at Civitavecchia, Italy, as d) SAN CARLO in 1929.

1925 – The wooden freighter MAPLEGLEN (i), was scuttled in Lake Ontario, west of Kingston, near Amherst Island. It had been idle since 1921 and was originally the WYOMING of 1881.

1929 – JOHN HANLAN was torched as a spectacle off the Sunnyside area of Toronto after having failed an inspection to continue service as a Toronto Island ferry. 1933 – MEADCLIFFE HALL sustained rudder damage after being struck by the CALGADOC (i) at Thorold. The grain-laden canaller was towed back to Port Colborne, unloaded, and repaired at Port Dalhousie.

1962 – Hatch cover planks give way at Cleveland aboard FLOWERGATE and a forklift and two men fell into the cargo hold, striking a third man. All were badly injured. The British freighter later returned through the Seaway under Panamanian registry as b) AMENITY and was scrapped at Troon, Scotland, in 1977. 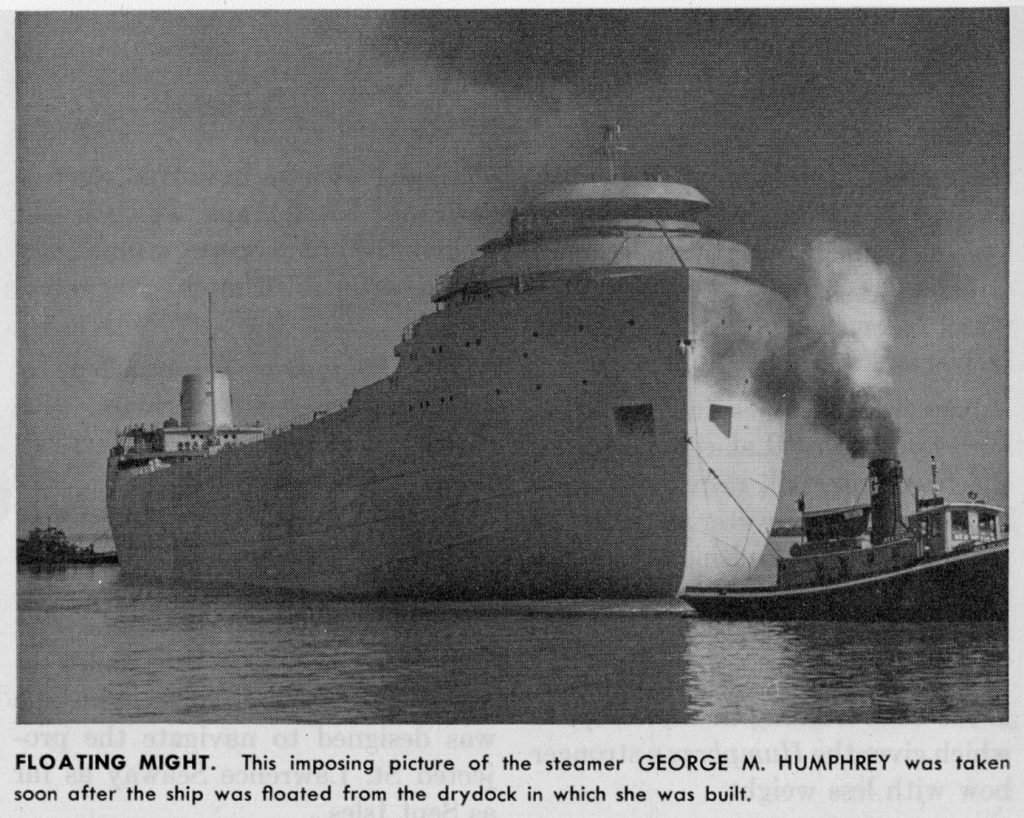 George M Humphrey being floated from the drydock. 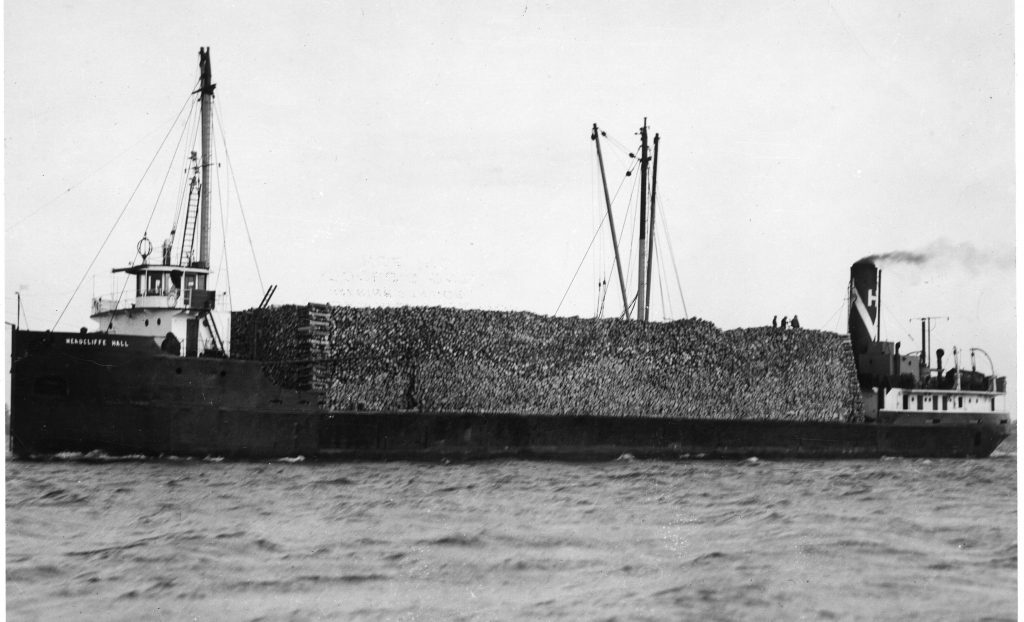 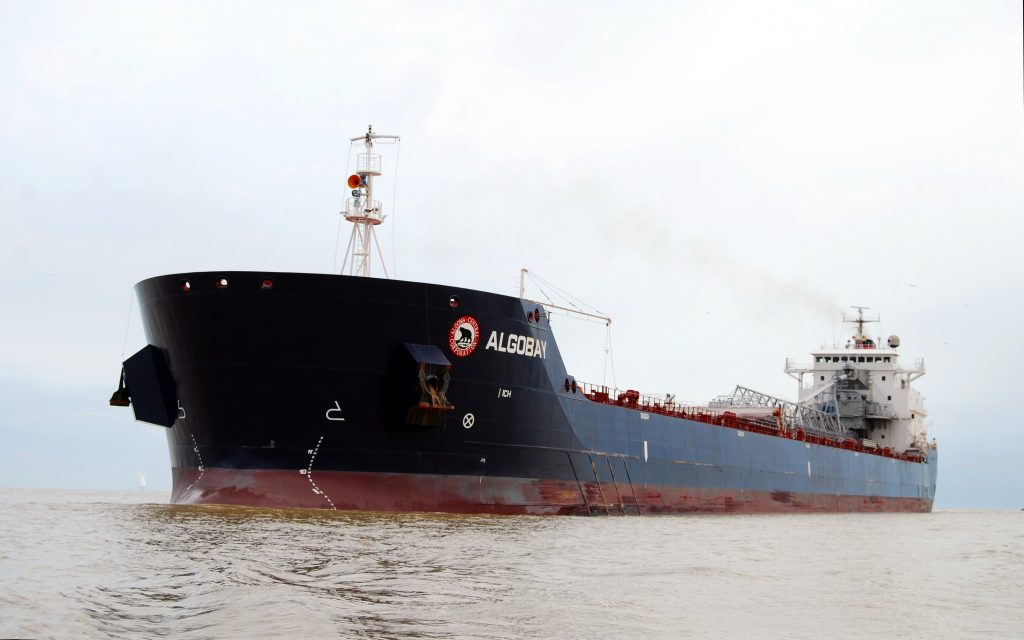 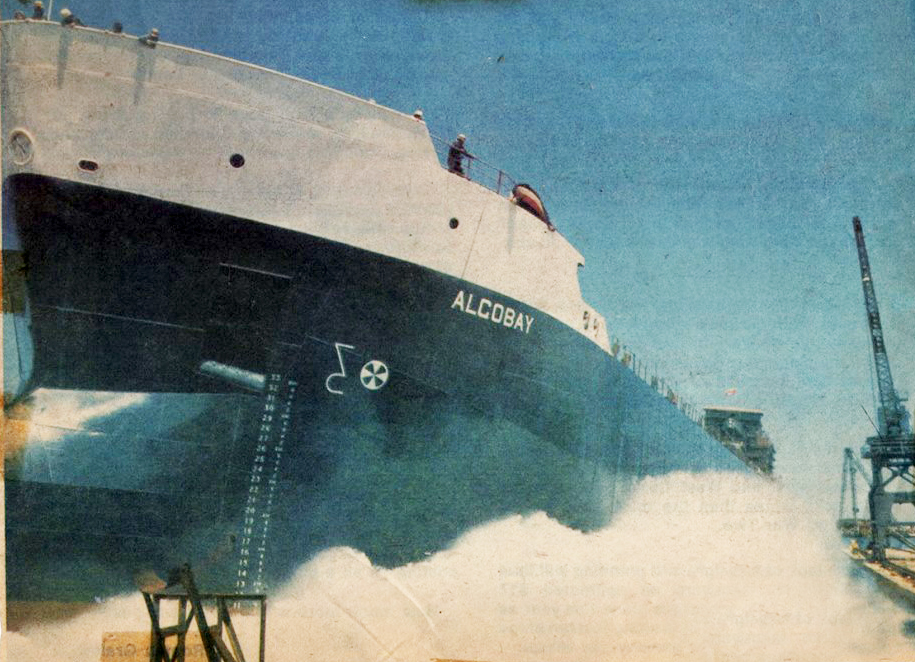 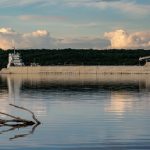 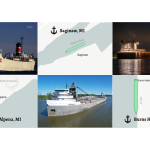