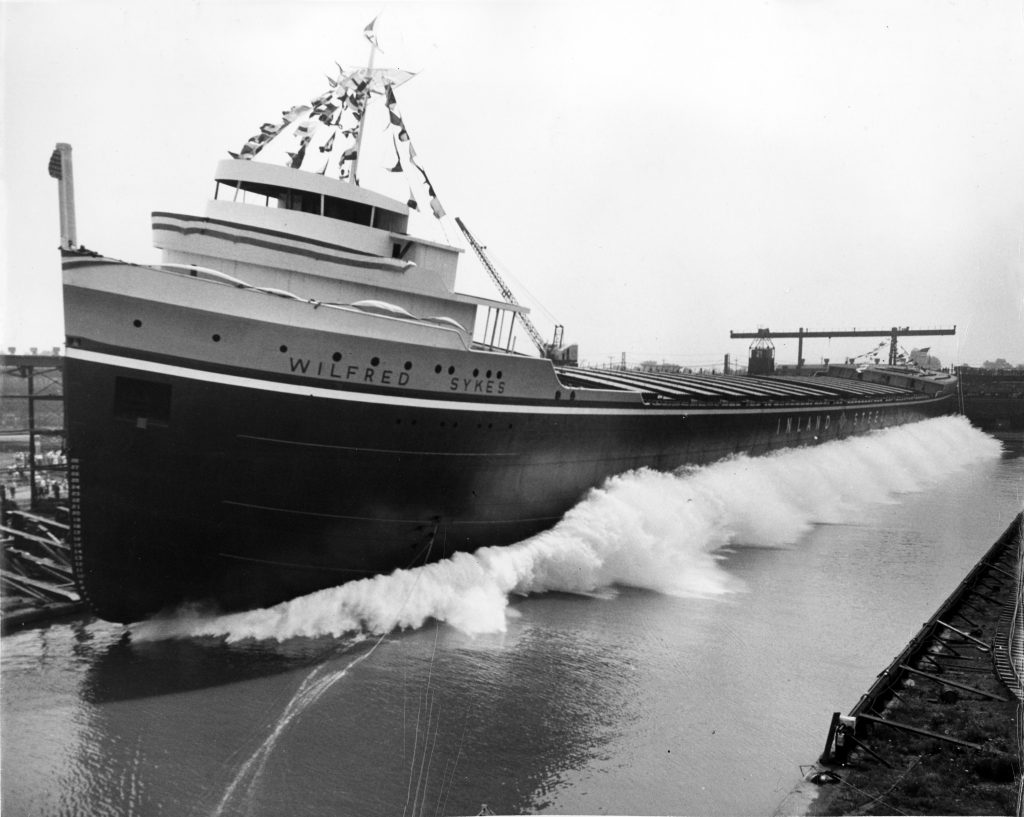 The steamer ILLINOIS was the first vessel to pass through the newly opened Soo Locks in 1855. To help commemorate the 100th anniversary of this event, an open house was held aboard the J. L. MAUTHE. While tied up at the Cleveland Lakefront dock, an estimated 1,700 persons toured the MAUTHE.

During a moonlight charter on 18 June 1936, the TASHMOO (steel side-wheel excursion steamer, 308 foot, 1,344 gross tons, built in 1900, at Wyandotte, Michigan) struck a boulder in the Sugar Island channel in the Detroit River. The vessel docked at Amherstburg, Ontario, where her passengers disembarked as the vessel settled to the bottom in 14 feet of water. Although the damage was not fatal, the salvage crew botched the job. The TASHMOO had one end raised too quickly and her keel broke. This ended this well-loved vessel’s too-short career.

The Soo Locks opened for their first season on 18 June 1855. The first vessel through the locks was the steamer ILLINOIS of 1853.

In 1949, the WILFRED SYKES (Hull#866) was launched at American Shipbuilding Co., Lorain, Ohio, for Inland Steel Co. At the time she was the largest and most powerful vessel on the lakes. The SYKES was also the first boat to have a poop deck. She was converted to a self-unloader in 1975.

In 1968, the ALGOCEN (Hull#191) was launched at Collingwood, Ontario by Collingwood Shipyards Ltd, for Algoma Central Railway. Renamed b.) VALGOCEN in 2005, she was used as a spoils barge in Keasby, New Jersey. She returned to the lakes in in 2008 as J.W. SHELLEY. Sold and renamed PHOENIX STAR in 2012.

On 18 June 1869, a little less than a week after being launched, the schooner DAVID A. WELLS sailed on her maiden voyage from Port Huron for Menominee, Michigan. On 18 June 1858, the steamship CANADA left the Lakes via the St. Lawrence rapids since she was too large for the existing locks. She had been built by Louis Shickluna at the Niagara Drydock Company in 1853, at a cost of $63,000. She was sold for ocean service after the Depression of 1857. Her hull was rebuilt and she was renamed MISSISSIPPI. She foundered in a gale in the South Atlantic on 12 August 1862.

1942 – The steamer THOMAS MAYTHAM of 1892 vintage was rebuilt as the New York State Barge Canal tanker DOLOMITE 2 in 1938 and renamed MOTOREX in 1942. It was sunk by gunfire from U-172 near the Colon entrance to the Panama Canal and all on board were rescued.

1944 – ALBERT C. FIELD, a former Great Lakes bulk canaller, was hit by an aerial torpedo from German aircraft and broke in two and sank in minutes. There were 4 lives lost when the ship was hit in the English Channel while carrying munitions and 130 bags of mail in support of the Normandy invasion.

1959 – SPRINGDALE, a Great Lakes trader in the early 1950s and later operated on charter to Reoch Transports, capsized and sank in the Gulf of Bothnia after the cargo of timber shifted in heavy weather.

1960 – GEERTJE BUISMAN came to the Great Lakes in 1960 and ran aground on Vienne Shoal in northern Lake Michigan while outbound from Chicago with a cargo that included new Nash Rambler automobiles for Europe. The Dutch vessel was stuck for 4 days, and had to be lightered. It returned to the Seaway again in later years and was finally scrapped as f) MOUNT at Varna, Bulgaria, in 2003-2004.

1991 – The saltwater trader AKTI was driven aground 14 miles north of Necochea, Argentina, in a storm and sold “as lies” before being refloated as d) AKTO on July 27. Examination determined that the ship was a total loss but it was rebuilt by Chilean interests as e) RIO CIERVOS. The vessel had been through the Seaway as a) ASIA PROSPERITY beginning in 1974, as b) HAN PACIFIC in 1983, and c) AKTI in 1988. It was scrapped at g) AL GIORGIS after arriving at Chittagong, Bangladesh, on November 17, 2005.

1997 – CANADIAN MARINER ran aground in the St. Lawrence near Crossover Shoal after losing power. The vessel had to be lightered to be released and was repaired by Port Weller Dry Docks. The ship was scrapped at Aliaga, Turkey, in 2007. 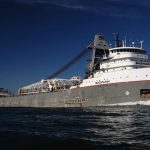 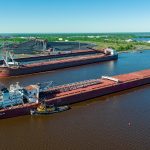