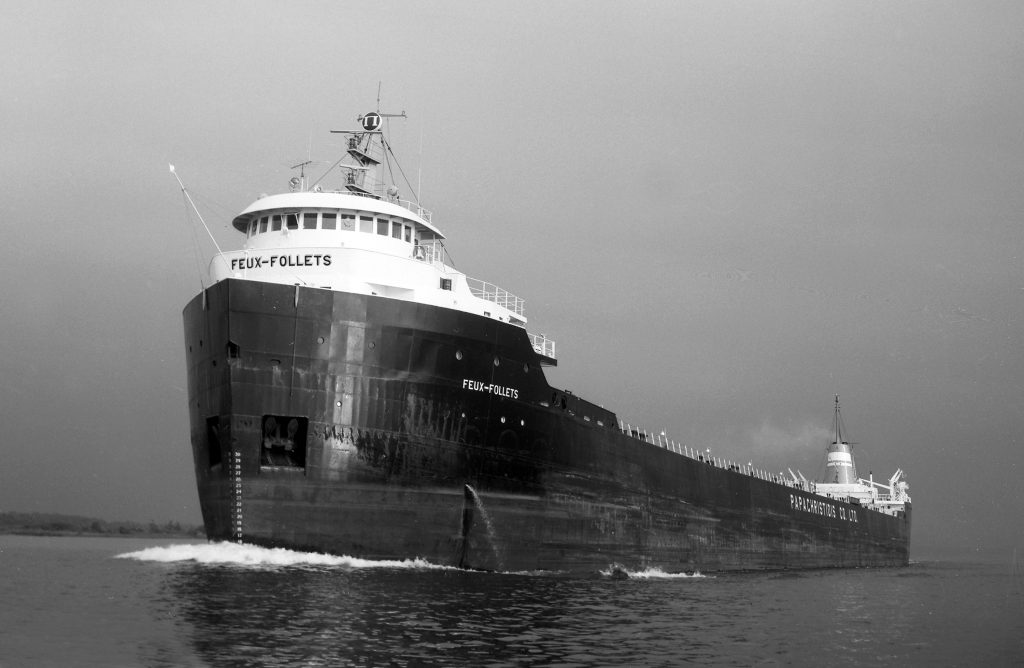 On 16 June 1891, Alexander McDougall himself took his brand-new whaleback steamer JOSEPH L. COLBY (steel propeller whaleback freighter, 265 foot, 1,245 gross tons, built in 1890 at West Superior, Wisconsin) down the St. Lawrence River to the sea. The double-hulled COLBY left Prescott, Ontario at 3 p.m., drawing six feet nine inches aft and five feet six inches forward and started on her wild ride through the rapids. The whaleback freighter plowed through the Galops, Iroquois, Long Sault, Coteau, Cedar, Split Rock and Cascade Rapids. She grated the bottom a number of times and had a number of close calls. Captain McDougall stood immobile throughout the trip but great beads of perspiration broke out on his forehead. When the vessel finally made it through the Cascades and was safe on Lake St. Louis, the French Canadian pilot left and the crew let out shouts of joy with the whistle blowing. The COLBY was the first screw steamer to attempt running the rapids.

The steamer UNIQUE (wooden propeller passenger/package freight steamer, 163 foot, 381 gross tons) was built by Alexander Anderson at Marine City, Michigan. She was launched stern first at 3:00 p.m. on 16 June 1894. There was quite a crowd assembled to watch the launch.  The vessel was painted a bright yellow up to the promenade deck with white cabins and upper works. In 1901, she left the upper lakes and was chartered for the Thousand Islands cruise trade. Later that year, she was sold to Philadelphia buyers for Delaware River service. Her upper cabins were removed in 1904, when she was rebuilt as a yacht. She lasted until 20 November 1915, when she burned to a total loss in New York harbor.

On 16 June 1905, at 2:00 a.m., a fire was discovered around the smokestack of the North Shore Navigation Company’s CITY OF COLLINGWOOD (wooden propeller passenger-package freight steamer, 213 foot, 1,387 gross tons, built in 1893, at Owen Sound, Ontario) burned at the Grand Trunk Railway docks at Collingwood, Ontario and was destroyed along with the dock and nearby sheds. Four died, but most of crew jumped overboard. Captain Wright had gone to his home on Pine St. about an hour before and was preparing for bed when he heard four whistles sounded by the steamer BRITTANIC, which was laying alongside. He ran to the dock, went aboard and woke the 1st mate J. D. Montgomery and a wheelsman. They had to jump to the dock to escape the flames. James Meade, Lyman Finch, A. McClellan, and another unidentified crewmember who had just joined the vessel at the Soo were all sleeping in the forecastle and lost their lives.

In 1967, the FEUX FOLLETS (Hull#188) was launched at Collingwood, Ontario, by Collingwood Shipyards Ltd., for Papachristidis Co. Ltd. She was the last steam-powered lake ship. Renamed in 1972 as b.) CANADIAN LEADER and scrapped in 2012.

In 1918, the WILLIAM P. SNYDER JR was in collision with the steamer GEORGE W. PERKINS in Duluth Harbor resulting in damage of $5,000 to both vessels.

On 16 June 1861, ANDOVER (2-mast wooden schooner, 98 foot, 190 tons, built in 1844, at Black River, Ohio) was carrying lumber in a storm and ground on Pointe aux Barques reef on Lake Huron. Though not thought to be seriously damaged, she resisted all efforts by the tug ZOUAVE to release her. She was finally stripped and abandoned.

On 16 June 1887, CHAMPLAIN (wooden propeller passenger/package freight vessel, 135 foot, 438 gross tons, built in 1870, at Cleveland, Ohio) was carrying passengers, merchandise and horses on Lake Michigan when an engine room lamp exploded. The fire spread so quickly that the pumps could not be started. She headed for Fisherman’s Island, Grand Traverse Bay, Lake Michigan, but struck a bar and sank a mile short of the beach. 22 of the 57 persons aboard died, most from drowning. Although initially declared a total loss, the hull was towed into Harbor Springs, Michigan, then taken to Milwaukee, Wisconsin and rebuilt as CITY OF CHARLEVOIX. She was also lengthened to 165 foot. She lasted until 1924, when she burned at her lay-up dock in Manistee, Michigan. At that time, she was named KANSAS. 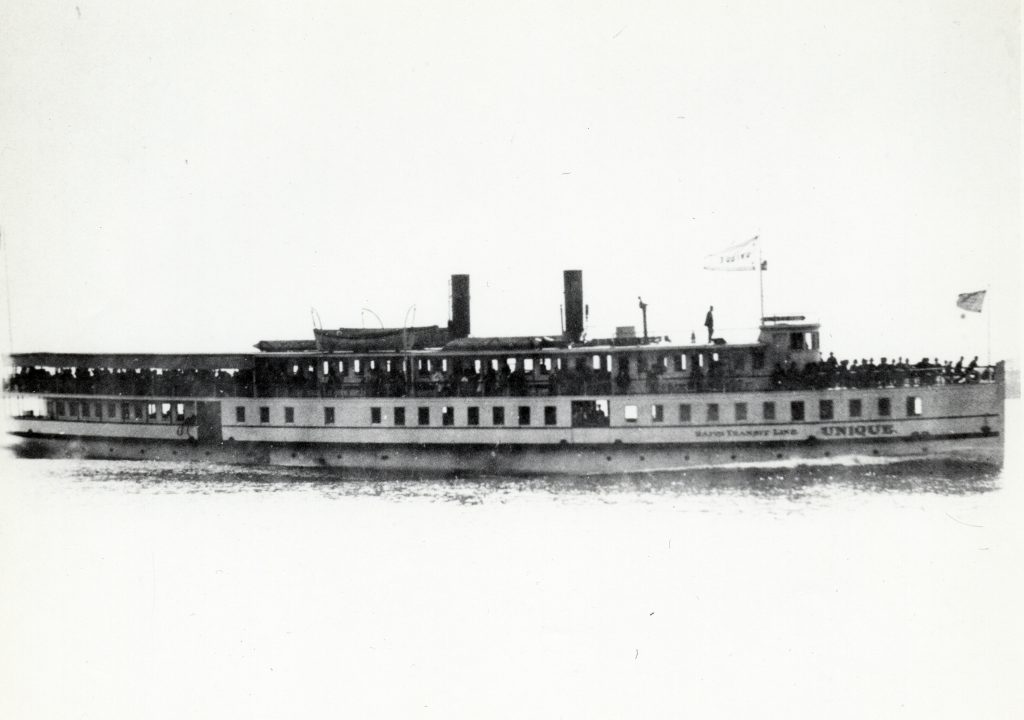 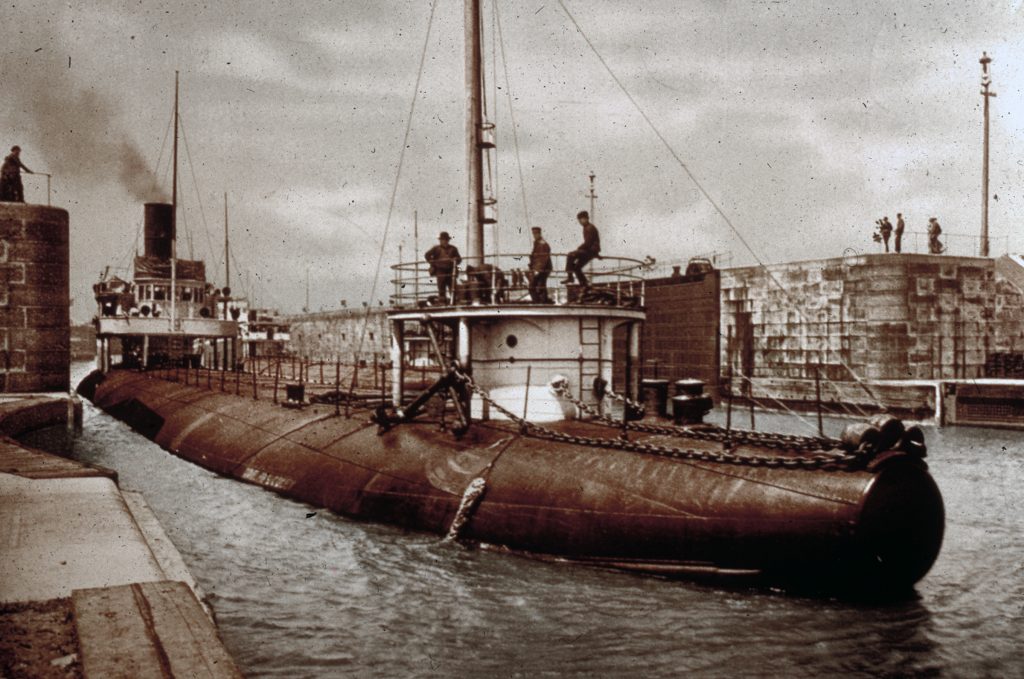 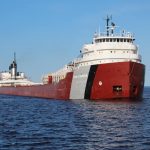