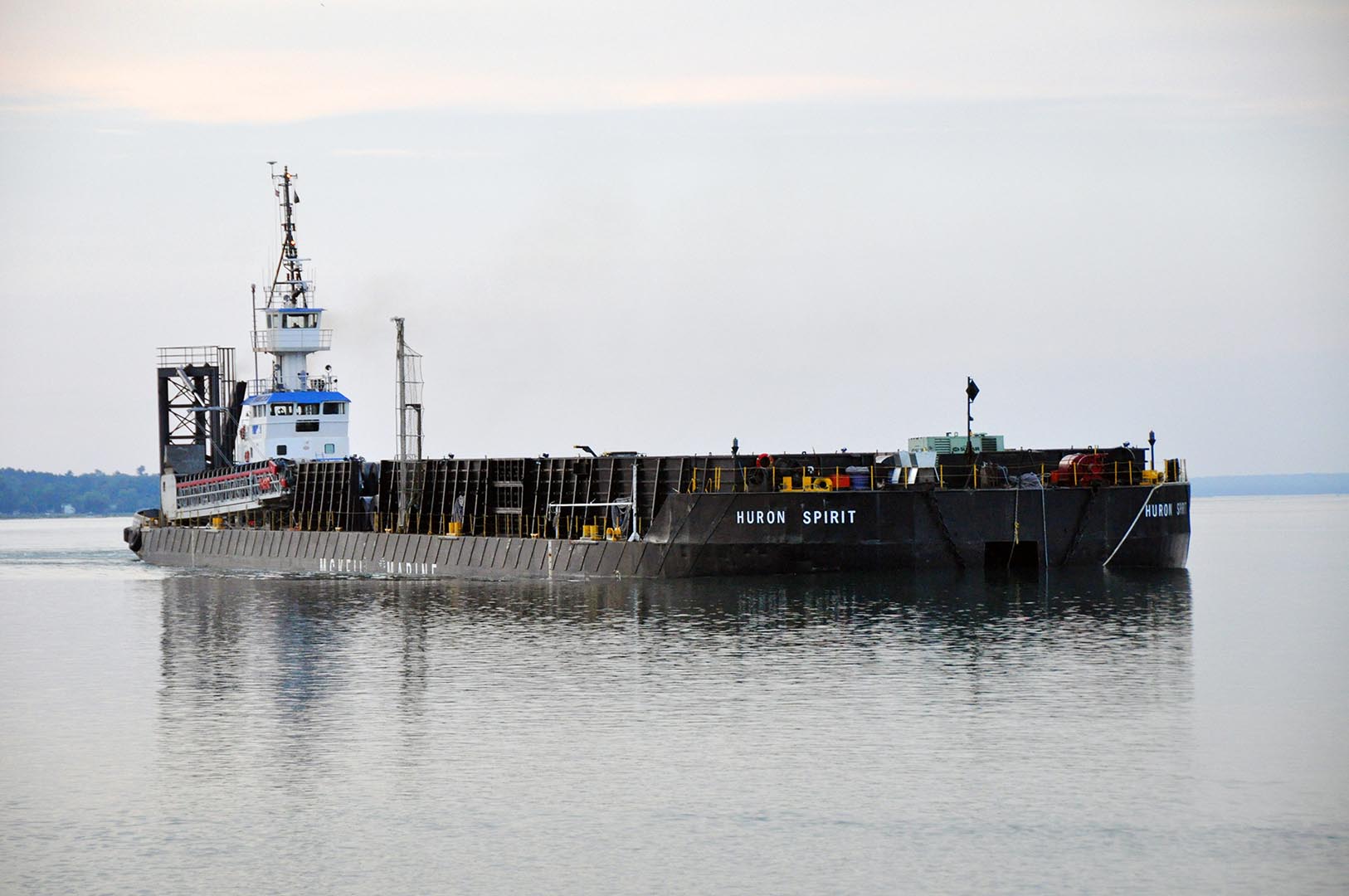 The barge was christened at the Southwestern Sales terminal in the Port of Windsor by Ginny Grant, daughter of Cheryl Sylvestre, president of Southwestern Sales. At the same time, Bunny Melander, mother of Kathy McKeil, christened the Leonard M, a new tug also owned by McKeil Marine.

Huron Spirit is mainly used to carry construction-related bulk materials and heavier bulk such as steel coils on Lake Superior, Lake Michigan, Lake Huron and Lake Erie. It’s designed with a strengthened deck to allow it to carry varied cargoes in a smaller deck footprint.

It is also fitted with a 150-foot self-unloading boom that allows transfer of cargo such as stone to shore terminals without need for dock operators or cranes. 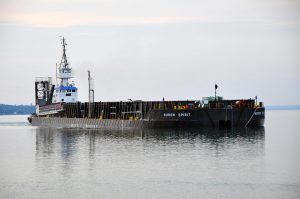 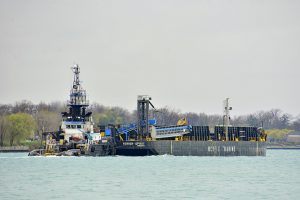 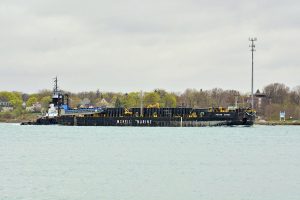 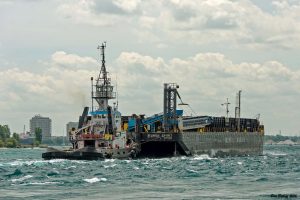 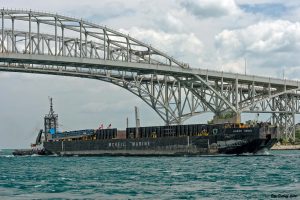 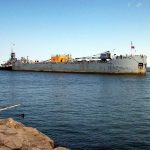 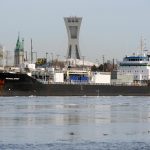 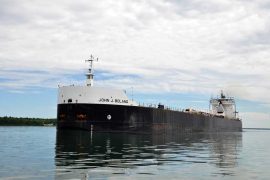 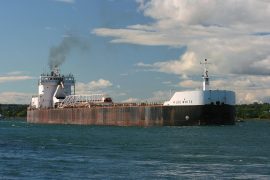 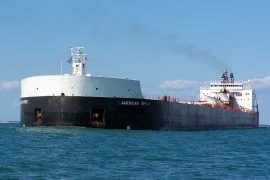