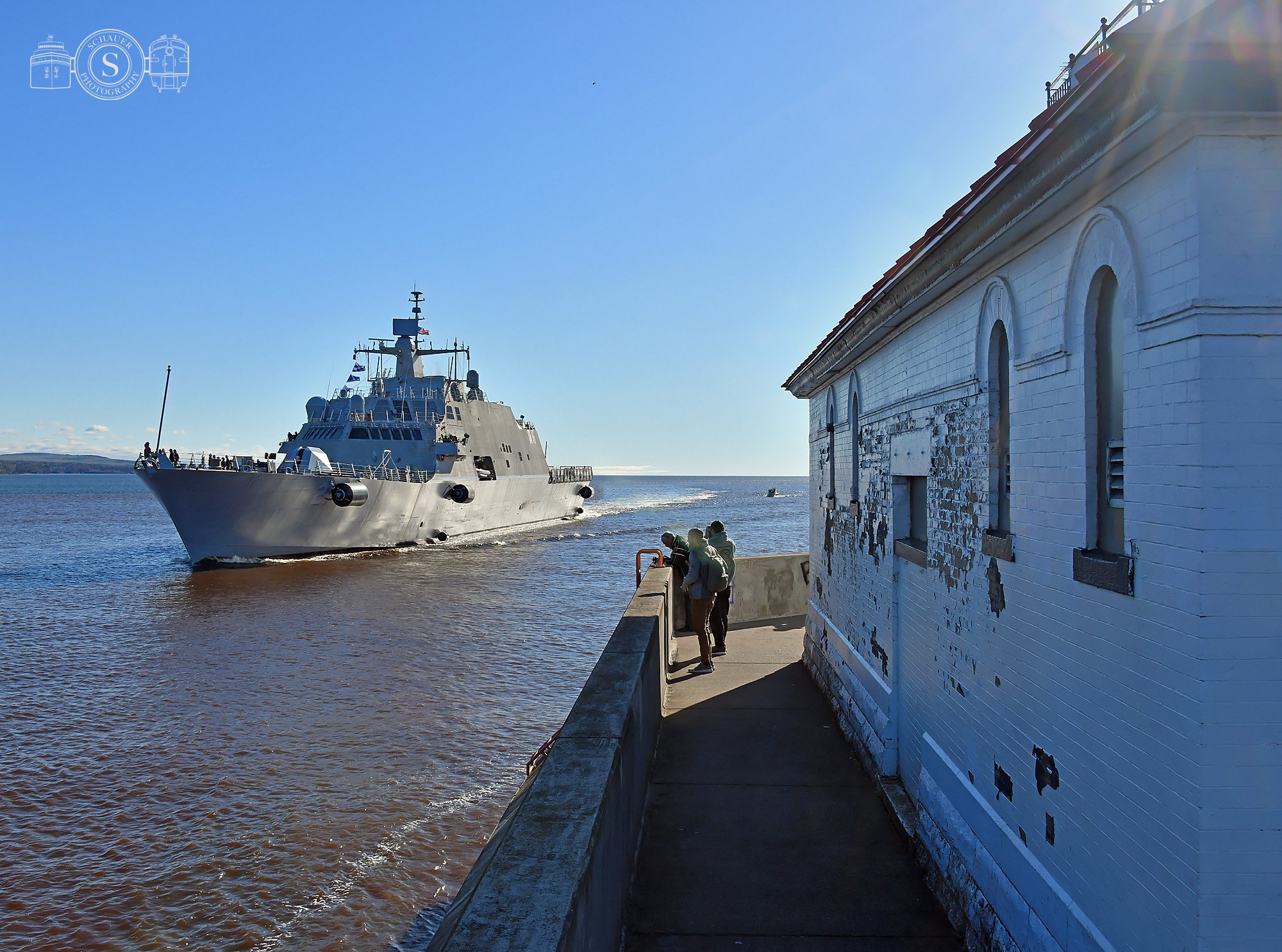 DULUTH, MN – A naval ship to be commissioned by the U.S. Navy arrived in the port Monday morning.

The USS Minneapolis-Saint Paul is scheduled for commissioning at 10 a.m. Saturday before it is moved to its homeport of Naval Station Mayport, Florida, where it will have a crew of 140 sailors, the News Tribune first reported in 2020.

The USS Minneapolis St. Paul was expected to become the first anti-submarine warfare littoral combat ship in the U.S. naval fleet. It is designed for speed and shallow-water, near-shore combat. The Navy League described anti-submarine warfare as a “branch of underwater warfare that uses surface warships, aircraft or other submarines to find, track and deter, damage or destroy enemy submarines.”

CLEVELAND, OH – The ice season is over on the Great Lakes, but the impacts of insufficient Coast Guard icebreaking linger.

During this year’s ice season, the U.S.-flag Great Lakes shipping industry lost the equivalent of a month due to delays in ice-covered waters. More than 1.6 million tons of cargo carrying capacity was delayed for 28 days due to ice conditions on Lake Superior, Lake Huron, Lake Michigan and in Green Bay. A lack of Coast Guard icebreakers hampered efforts to meet the needs of commerce.

“It amazes me that a cargo container stuck in Chesapeake Bay or in the Suez Canal gets worldwide attention, and that happens on the Great Lakes every year. The loss of one day of shipping is tremendous, but a month is devastating. Imagine if highways in the northern states didn’t have enough snowplows to keep traffic moving during frequent winter storms and sat on the road for a month. It is unacceptable,” stated Jim Weakley, president of the Great Lakes Maritime Task Force.

According to the National Oceanic and Atmospheric Administration (NOAA), ice conditions this past winter were “average” to “slightly below average” during the bulk of the icebreaking period. Several ships, including some Canadian-flag lakers, faced perilous journeys through ice-infested waters that nearly forced a vessel aground in the Straits of Mackinac and shut down waterways.

At one point, several vessels were stuck in eastern Lake Superior for more than three days. With an aging fleet of six 40-year-old small icebreaking tugs and only one heavy icebreaker, the U.S. Coast Guard couldn’t keep up. Multiple vessels were shoved near the edge of the navigational channels as ice floes over a foot thick shifted, which lasted up until mid-April. At the beginning of the ice season, the U.S. Coast Guard lost five icebreakers to engineering casualties, just when they were needed most.

“The Coast Guard needs more icebreakers on the Fourth Sea Coast. We have 237,000 jobs depending on a reliable Great Lakes Navigation System. In addition, our sailors deserve to feel safe navigating our waterways regardless of the time of year,” said John Baker, International Longshoremen’s Association and Vice President of the Great Lakes Maritime Task Force.

While progress fixing the icebreaking issue has been slow, it is moving forward thanks to key Great Lakes senators and Congressional representatives. Over the past year, both the current commandant of the U.S. Coast Guard and the nominee to replace him testified before the Senate Commerce Committee, acknowledging the need for another heavy Great Lakes icebreaker.

In addition, the Great Lakes Winter Commerce Act has passed the House as part of the Coast Guard Authorization Bill, which authorizes full funding for the new icebreaker, mandates transparent and accurate performance measures, and commissions a study by the Government Accountability Office to examine the impacts and needs for additional U.S. Coast Guard icebreakers on the Great Lakes.

The Town of Marathon and Biigtigong Nishnaabeg (formerly Pic River) are looking to revive the port facilities at the site of the former Marathon Pulp mill.

The two neighbouring communities have signed a memorandum of understanding to create a port authority and establish the only commercial port on the north shore of Lake Superior, between Sault Ste. Marie and Thunder Bay. Besides being blessed with a natural harbour, what remains from the pulp mill days is a 500-foot (152 metres) wharf with 11 steel bollards in place for ship tie-up.

“From what we’ve been looking at and from the preliminary discussions with the engineers, it’s ship-ready,” said Marathon Mayor Rick Dumas. “We could pull in ships today.”

The port initiative and repurposing the brownfield site has figured prominently in the municipality’s economic development plans since the closure of Marathon Pulp in 2009. Discussions began picking up steam in the last two years with the arrival in town of Generation Mining. The Toronto mining company has plans to develop an open-pit palladium and copper mine 10 kilometres north of the town centre. Commercial production at the proposed mine will tentatively begin in late 2023 and early 2024.

The dock is attached to 93 acres of developable land, where the mill once stood, near the middle of town. The current draft at the dock is 25 feet (7.6 metres), deepening to 30 feet (9 metres) further out in Peninsula Harbour.

The property is five kilometres off the Trans-Canada Highway and a CP rail spur runs onto the site, ending 500 metres from the dock. The site, zoned heavy industrial, has municipal water, sewer and fibre-optic connections, and a five-megawatt substation. In terms of inbound marine cargoes, Dumas said they would be looking to attract bulk freight that area communities and industry always need, such as road salt, aggregates and fuel oil.

“We’re looking at things we use every day.”

Read the full article at this link: https://www.northernontariobusiness.com/industry-news/transportation/two-north-shore-communities-have-ambition-to-revive-a-lake-superior-port-5285635

After going on pandemic hiatus for the last two years, the Annual Boatnerd Soo Freighter Chasing Cruise is back in business!

•Where: Soo Locks Boat Tours, Dock #2 (next to the Valley Camp)

This year’s St. Marys River cruise will be aboard a Famous Soo Locks Boat Tours boat on Friday, June 24. Boarding begins at 5:30 pm, and we cast off at 6pm. The cruise is three hours long. We plan to travel through the U.S. Locks, but that may change in order to chase freighters. (NOTE: At this time, we can approach the Canadian Locks, but not transit through them. We can also approach Algoma Steel, but we cannot enter the slip.)

Pizza and salad are included in paid passage. There will be a cash bar on board. You can bring your own food and beverages (no alcohol).

Reservations are a must, as the group is limited to 100 passengers. Reservations (both online and mail-in) must be received no later than Friday, June 17. Buy tickets here: https://tinyurl.com/2p86wujf

If the cruise is not sold out, Angie Williams will take CASH ONLY reservations through the end of the Boatnerd Picnic on Thursday, June 23, at the Procrastinator Price of $40.00 per General Admission ticket, and $30 per youth ticket.

Contact Angie at [email protected] or 734-386-0899 if you have questions or wish to reserve without using EventBrite,.

The Boatnerd  Picnic will be Thursday, June 23, from 11 a.m.-3 p.m. at Sherman Park, just west of the locks. Bring a dish to pass. Burgers, hot dogs, buns and condiments will be provided by Boatnerd. Free.) Save the date and think early about your travel plans and lodging. The event will be held rain or shine, but lets hope for sunshine! 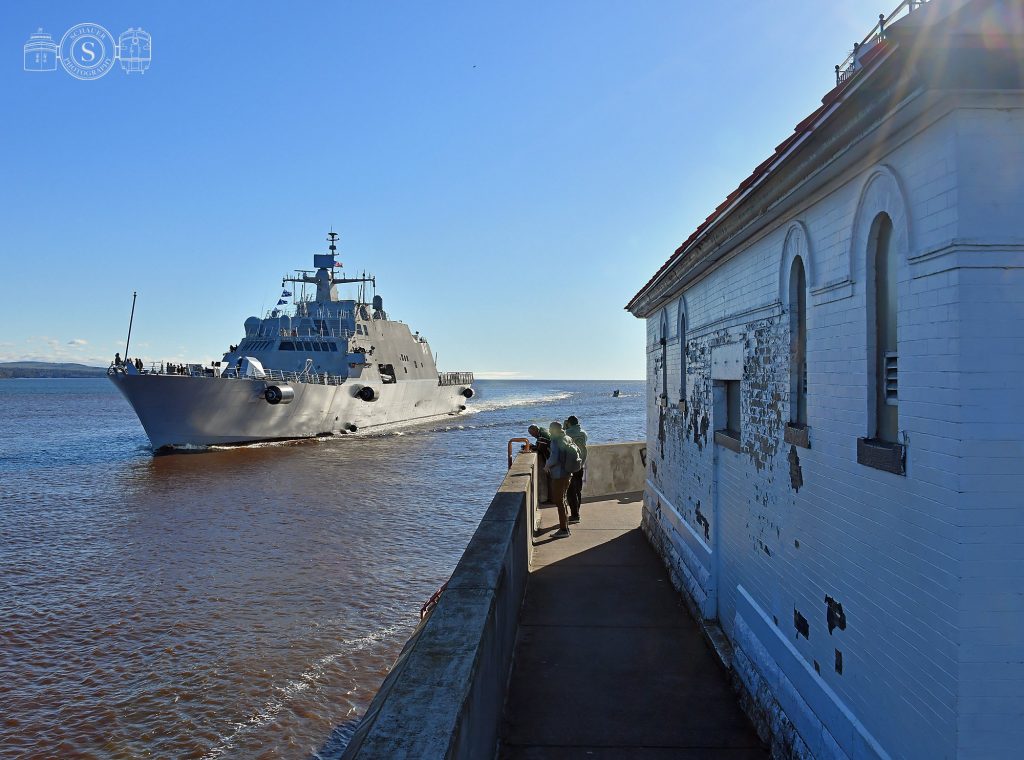 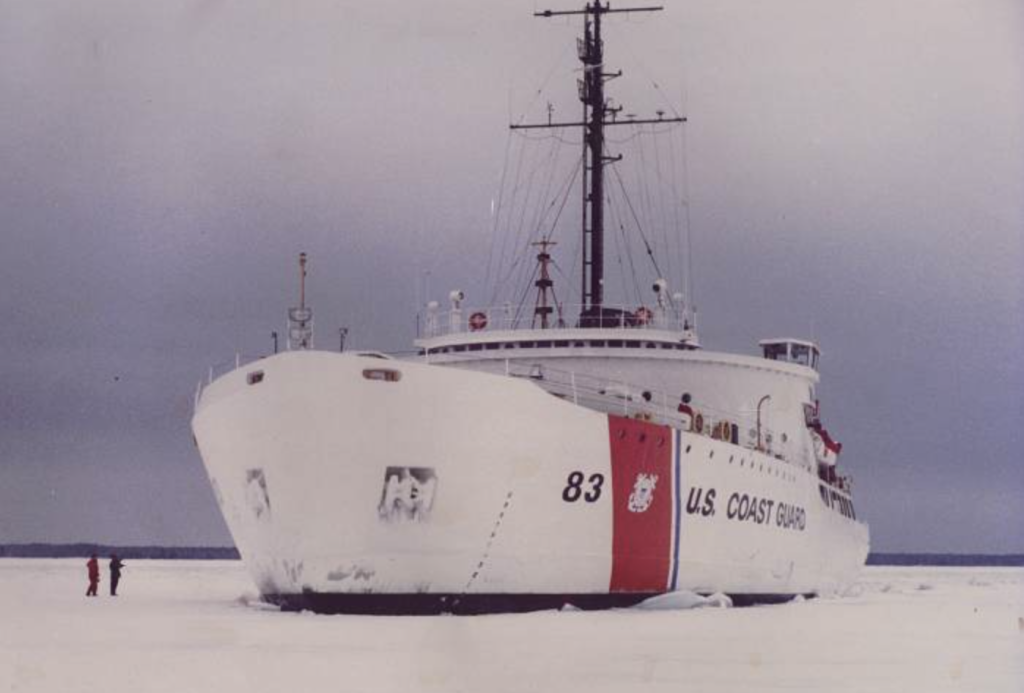 USCGC Mackinaw (WAGB-83). The retired ice cutter is referred to as a "heavy icebreaker". Mark A. Faught photo 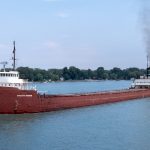 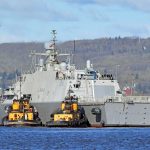