Ludington, MI – The S.S. Badger is set to make its first voyage of the season on Thursday.

The 410-foot Great Lakes car ferry will sail 60 miles from Ludington to Manitowoc, Wisconsin sporting a fresh coat of paint. It will continue to operate daily from May 12 through Oct. 16, with two crossings a day scheduled for the height of the season, from June 19 to Sept. 6.

“We’ve had a busy off season making many investments that are visible not just in the Badger’s appearance but in our enhanced schedule of crossings and cruises and additional on board amenities,” said Sara Spore, general manager of Lake Michigan Carferry, which operates the Badger, in a news release.

A press release from Lake Michigan Carferry states the ship will be staffed by 100 employees on opening day. This includes 40 between the deck and engine crews.

The Badger can accommodate 600 passengers and 180 vehicles, including RVs, motorcycles, motorcoaches, and commercial trucks and oversized load in a single trip.

”In addition to the 800 gallons of paint that restored the Badger … passengers will enjoy new amenities such as an onboard video entertainment system where they can browse and select movies to watch on their own devices, on demand,” reads part of the release.

Also new this year is an evening Shoreline Cruise leaving from Manitowoc, adding to the lineup that includes two afternoon cruises from the Wisconsin port. “Our Shoreline Cruises are very popular and we wanted to offer an evening cruise experience where people can enjoy the sunsets, star gazing and an absolutely beautiful night time sky like you’ve never seen before,” said Shelby Soberalski, director of marketing and sales at Lake Michigan Carferry, in the release.

For more information on the S.S. Badger or to book a reservation, visit ssbadger.com.

Duluth, MN – The cruise ship passenger terminal on the Harbor Drive side of the Duluth Entertainment Convention Center will be completed later this month, just in time for the first cruise ship since 2013 to dock in Duluth’s harbor.

During the Cruise the Great Lakes annual meeting, which is being held at the DECC this week, organization and Duluth officials highlighted the work that’s been done to allow for cruise ships to come to Duluth. This summer, nine cruises will be stopping in Duluth for the day. David Naftzger, executive director of the Great Lakes/St. Lawrence Governors & Premiers, said having a fixed location for a U.S. Customs and Border Protection facility was “instrumental” in attracting cruise ship companies Viking Cruises and American Queen Voyages to add Duluth to their networks.

“This effectively opens Lake Superior to cruising that crosses that U.S.-Canadian border,” Naftzger said. “Ports like Thunder Bay will benefit, ports like Duluth will benefit, and we will see it grow over time to other places.”

The Great Lakes have been named top global tourism destinations by Conde Nast Traveler Magazine and Travel + Leisure Magazine in recent years. Naftzger said because of this, he expects to see more international visitors to the Great Lakes in the coming years.

Deb DeLuca, executive director of the Duluth Seaway Port Authority, said even though the Great Lakes are among the fastest-growing cruise destinations in the world right now, Lake Superior wasn’t previously included in the growth because there was no fixed customs facility until now.

Dan Hartman, executive director of the DECC, said the effort to get the facility to meet U.S. Customs and Border Protection requirements was a yearslong effort between many entities, including the city of Duluth and the Duluth Seaway Port Authority. Hartman said depending on reconstruction of the Duluth seawall, ships will hopefully dock behind or near the DECC during their stays.

“Imagine this cruise ship, that’s going to be almost the size of the (William A.) Irvin, coming through that beautiful Lift Bridge around 8 a.m., and they’ll come in here and go through our facility, which is kind of like the TSA for cruise boats,” he said. “Then they’re going to come out and go on these excursions.”

It’s the oldest mystery on the Great Lakes: Whatever happened to the Griffon? It was the first big ship to sail the Great Lakes. Loaded with furs in what’s now Wisconsin, the Griffon was said to have sunk somewhere in northern Lake Michigan in 1679.

A couple in Charlevoix think they’ve found it. Steve and Kathie Libert, of Charlevoix, said they’ve spent more than 40 years seeking the answer to one of North America’s most enduring mysteries — the final resting place of the legendary Griffon. Reports by French explorers and missionaries said Native Americans told them they saw the ship go down with all hands.

The Liberts say the wreck lies near tiny, uninhabited Poverty Island, part of a chain of islands that runs southwest into Lake Michigan from Michigan’s Upper Peninsula. French archeologists who visited the site at the Liberts’ invitation have said they believe the couple is on to something; they even staked a claim for France for whatever wreckage turns up, Steve and Kathie Libert say in their 2021 book, “Le Griffon and the Huron Islands”.

Prominent historians and shipwreck experts in Michigan doubt the Liberts’ claim. Yet none has accompanied Steve on his dives, the couple said in an interview last week at their waterfront condominium in Charlevoix. The Liberts are well-known in northern Michigan for their decades-long campaign to find the Griffon, but this week’s talk is Steve’s first appearance in metro Detroit.

“I’ve been interested in this ship since I was 14,” he said in an interview in Charlevoix last week. “It started with a junior high teacher, talking about early European explorers. He mentioned this ship. As he walked the room, he said, ‘Who knows? Maybe somebody will find that ship someday,’ and he touched me on the shoulder.”

Owner and Capt. Albert Laaksonen is embarking on his second season operating the 65-foot Princess out of the Manistee Municipal Marina situated along the Manistee Riverwalk. New this year are five holiday cruises.

Manistee Harbor Tours kicked off its season last week offering two, 90-minute cruises daily. The ship traverses the Manistee River out to Lake Michigan for afternoon and sunset cruises. “Many for the first time are just enjoying being on one of the greatest bodies of fresh water in the world,” Laaksonen said. “Of course, the most popular viewing are the awesome sunsets.”

One of this year’s holiday cruises will include not only the sunset but also a fantastic view of Manistee’s 4th of July fireworks display. This is the first year that these special cruises are being offered. Here’s the line-up: Memorial Day weekend, Sunday, May 29; Father’s Day, Sunday, June 19; Independence Day, Monday, July 4; Family Day, Sunday, Aug. 14; and Labor Day weekend, Sunday, Sept. 4. Except for the Independence Day cruise, they will all be from 2-3:30 p.m. Wine, beverages, appetizers and treats for children will be included for those who reserve tickets online. Tickets will be $50 for adults and $25 for children.

Regular cruise tickets are $35 for adults, $17.50 for children 4-14, and free for infants and toddlers 0-3. The Princess accommodates up to 148 passengers and can also be reserved for private tours.

The Princess is something of Up North royalty. She is a former Arnold Transit ferry for Mackinac Island before heading to Lake Superior to be outfitted as a car ferry in Wisconsin’s Apostle Islands.

Laaksonen brought the ship to Lake Michigan in 2020. He first offered cruises out of Ludington before moving to Manistee in 2021. He was attracted to the town’s “safe and adequate” docking facilities along with a welcoming local government and chamber of commerce, he said.

Milwaukee, WI –  The University of Wisconsin-Milwaukee hopes to get more students interested in Great Lakes research.

Maxwell Morgan is the captain of the Neeskay. It is a vessel that conducts on research on Lake Michigan for the university. Recently, he took a group of UWM students for a day out on the water. “It’s great. It’s a lot better than sitting at the dock. I can tell you that. This is what I took this job for. Being out on the open water,” Morgan said. “It’s something I have always loved, and it’s my favorite place to be.”

Morgan guided students through several experiments. This included monitoring the temperature of the water and examining the mud for contaminants. “Whether it be for making it clean for drinking or how to treat contaminated water or recreational for swimming or for fishing, drinking,” Morgan said. “Water is one of the most important resources on the planet, so if we could get a better idea of what’s going on with the water, we have the better off we will be.”

For one test, Morgan examined the health of the Lake Michigan ecosystem by finding out how much plankton is in the water.

Alaina Blackledge is one of the students. She volunteered to toss the net used to gather samples from the lake. When pulled up, the students found a good amount of plankton. Blackledge wants to become a science teacher. She went on this trip to increase her knowledge in the field. “I think, honestly, exciting people about learning is really important so when you offer an opportunity, ‘Hey let’s go out on Lake Michigan on this research vessel,’ that can excite a lot of people who would maybe never think about coming out here for this purpose,” said Blackledge.

Seeing students like Blackledge who take part in this research gives Morgan a sense of pride. “It’s a great opportunity. I think with that being such a big resource,” Blackledge said. “There’s going to be more and more job opportunities out there, so the more people we can have trained to know the different science about water, the better.”

Morgan said the Neeskay has served the university for decades and they will eventually replace it with a new research vessel called the Maggi Sue. He believes while the Maggi Sue will help advance great lakes research, he will always be thankful for Neeskay’s contribution to UWM.

More information on the university’s new research vessel can be found at https://uwm.edu/freshwater/facilities/fleet/maggi-sue/.

Boatnerd fully back on line, including old forums

After a few days of working, Boatnerd is fully back on line, including the old forums. We are working to improve the site’s functionality and on ways to make sure the bot attack that took us down won’t happen again.

Thank you for your patience, 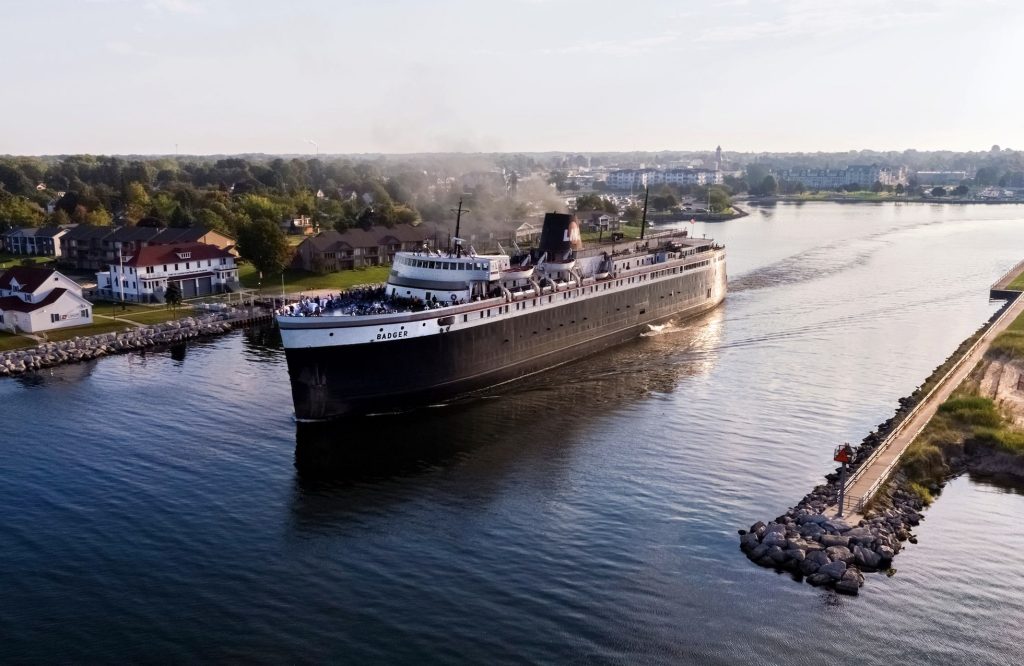 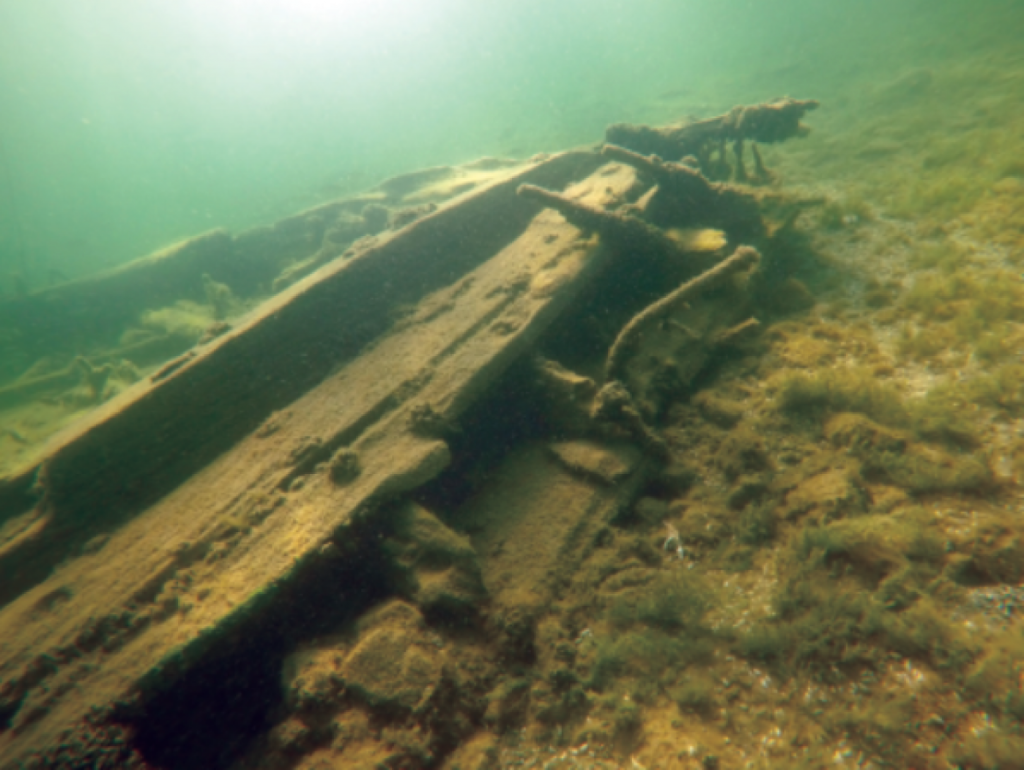 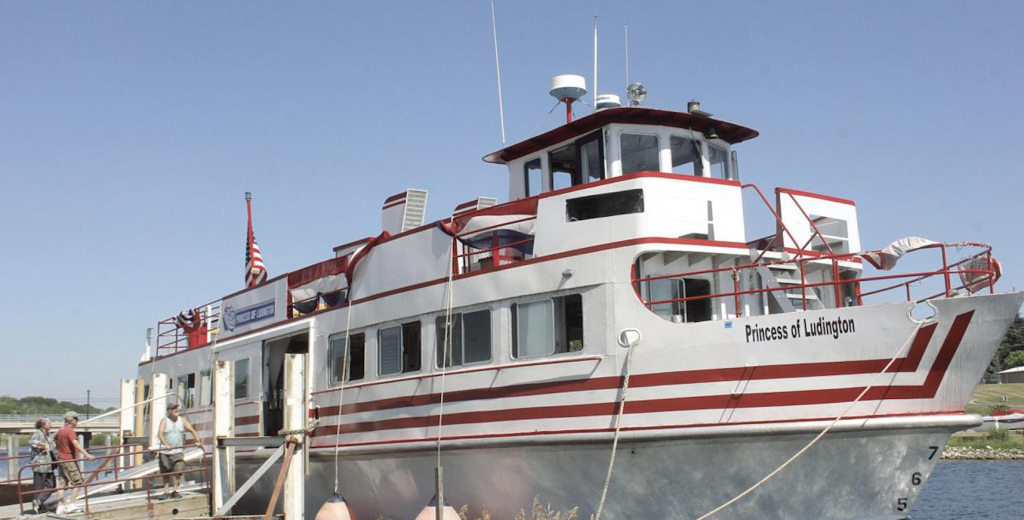 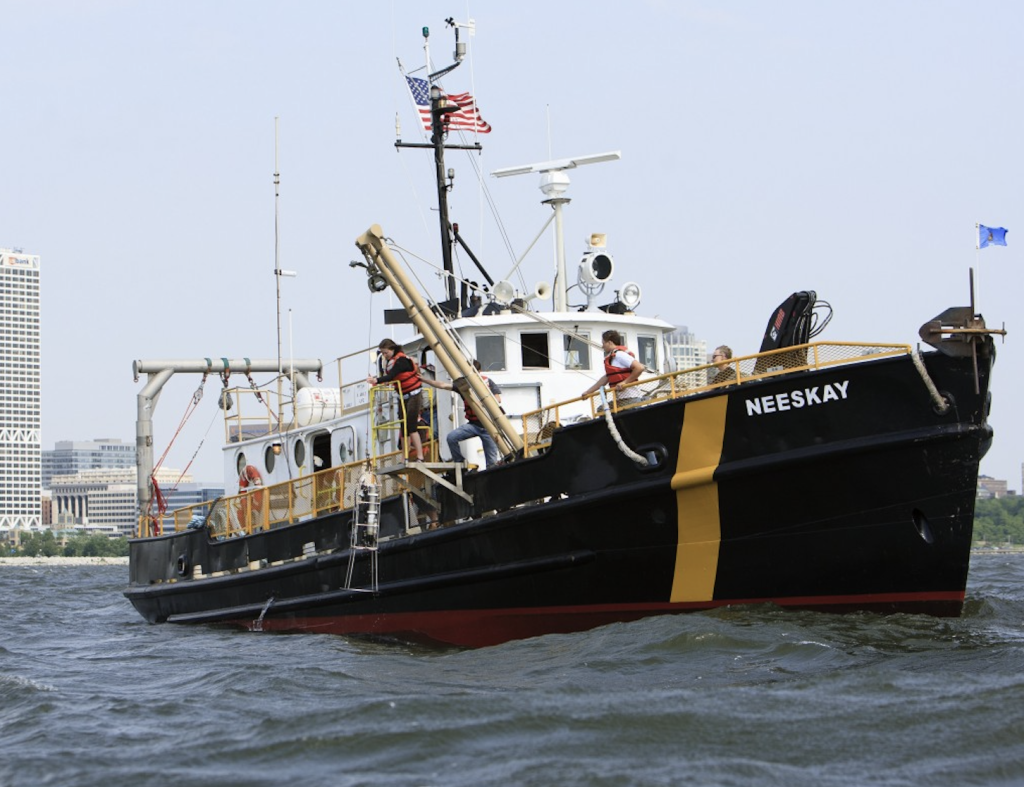 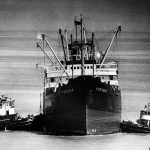 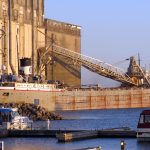