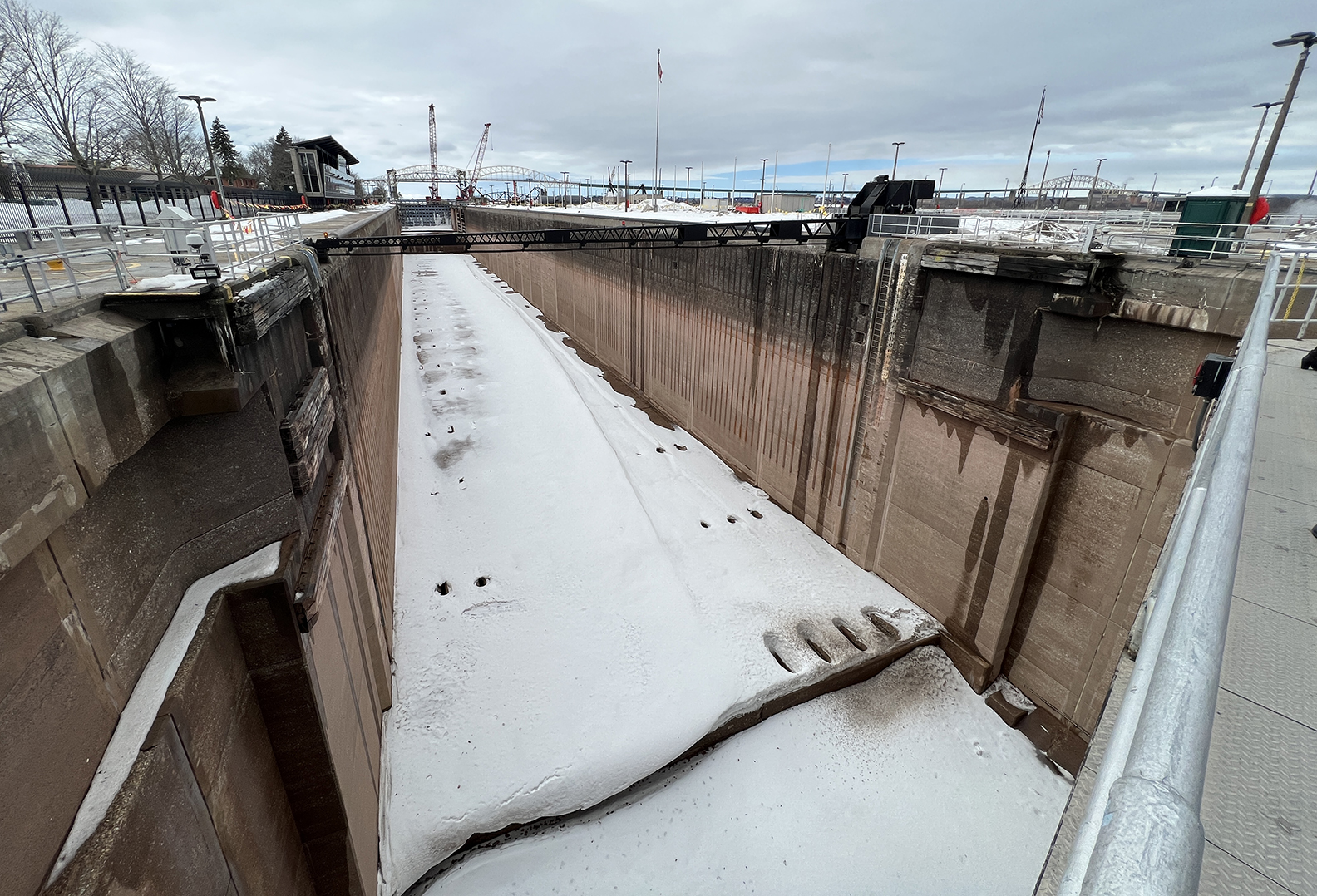 Sault Ste. Marie – Maintenance on one of the Soo Locks has taken longer than expected.

The Soo Locks in Sault Ste. Marie has two locks: the larger Poe Lock and the smaller MacArthur Lock.

It’s the smaller lock that has been delayed in opening up. It was originally planned to open mid-April.

Some of the components are 80 years old and need repair. One is the powertrain.

The powertrain for the fill and empty valves has gears that are over 2,000 pounds, then came issues with getting the right parts.

“The problem was that one of the subcontractors, there were some problems with some of the parts,” said Kevin Sprague, area engineer of the Army Corps of Engineers. “And now one of our local machine shops have stepped in and they have really been able to help bring it back on-track.”

The MacArthur Lock is expected to be open by the first week of June.

Lightning struck a tree near the parking lot.

The lighthouse site manager tells us the electricity then went from a nearby light pole to the visitor center, and fried some of the building’s internal systems.

The strike was also frightening for the people who were there at the time.

“Basically it sounded like a gunshot going off,” said Split Rock Site Manager Hayes Scriven. “It was so loud and it was intense, you could feel the shaking even where I was in the house and where the staff was in the visitor center, they could feel it too.”

The visitor center and historic site will be closed for at least the next couple days for assessment and repairs, with a goal of being open again by the weekend.

Split Rock Lighthouse is one of the most photographed and visited spots in the state.

The lighthouse was built by the United States Lighthouse Service in 1910, and has 1000 watts of power.

The lighthouse was decommissioned in 1969, the lantern is still in operational condition and is lit each November 10 during the Edmund Fitzgerald Beacon Lighting Ceremony.

Split Rock Lighthouse is a Minnesota Historical Society site and now operated by the group.

Sault Ste. Marie – Anglers and other users of the St. Marys River are advised that on Wednesday morning, May 11, 2022, Gates #9 through #12 will be raised from their current position to a setting of 33 cm (13 in) open for the remainder of the month. Gates #9 through #12 are located near the middle of the Compensating Works structure at the head of the St. Marys Rapid on the US side of the border. Gates #7 and #8 (near the middle of the structure on the Canadian side of the border) will remain at their current setting of 20 cm (8 in). There will be no change to the setting of Gate #1, which supplies a flow of about 15 m3/s to the channel north of the Fishery Remedial Dike.

Beginning on May 11, the gate setting will be equivalent to approximately one gate fully open. These gate movements will result in an increase in the flow through the St. Marys Rapids from approximately 85 m3/s (3,000 cfs) to approximately 156 m3/s (5,500 cfs).

These gate movements are being conducted in order to achieve the Plan 2012 prescribed flow for the month. During routine maintenance and testing, mechanical problems were identified at the Canadian hydropower plant requiring urgent repairs and a reduction in flow capacity. Maximum flows are being released from the US hydropower plants to compensate for some of this difference.

It is possible that the gates will need to be raised again in June resulting in a higher flow in the St. Marys Rapids. Further changes to the gate settings will be communicated in future

Though still higher than average, Lake Erie’s water level has stabilized and is not expected to approach record levels or interfere with many activities this summer.

Just two to three years ago, people got their feet wet getting on and off ferries that shuttled them between the mainland and the Lake Erie islands. Destinations such as Ohio State University’s Stone Laboratory on Gibraltar Island were closed because their docks were submerged. And many shoreline residents were on the lookout for erosion more than usual because of high water.

One of the Great Lakes region’s leading hydrologists, Drew Gronewold, a University of Michigan associate professor of ecosystem science and management, said the current high-water era is still with us.

But he said it shouldn’t be as much of a threat this summer because Lake Superior and Lakes Michigan-Huron have started to move back toward something which more closely resembles their historic average water levels.

Lake Michigan and Lake Huron are considered the same body of water by hydrologists because they’re divided by only the Mackinac Bridge.

The Upper Lakes greatly influence the levels of Lake Erie and Lake Ontario because they flow southward into them.

“Water levels are almost surely going to stay above normal, but not reach record levels [this year],” Mr. Gronewold said Monday during a 45-minute webinar when asked specifically about Lake Erie.

Read the full article at this Toledo Blade link: https://www.toledoblade.com/local/environment/2022/05/09/swing-high-swing-low-great-lakes-water-level-pendulum-befuddles-scientists/stories/20220509117?fbclid=IwAR2qL9gwDA0NtaoIcN-QVbtrZvbWZH3SiTOBjict-2O3VM9YUllh2wfXzL4

Boatnerd fully back on line, including old forums

After a few days of working, Boatnerd is fully back on line, including the old forums. We are working to improve the site’s functionality and on ways to make sure the bot attack that took us down won’t happen again.

Thank you for your patience, 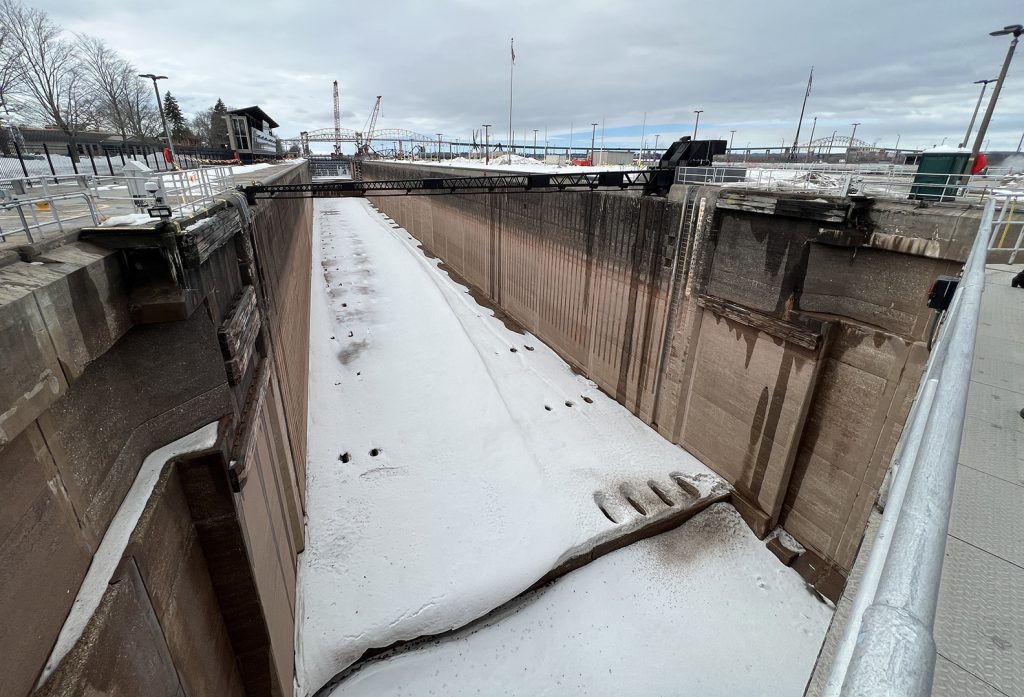 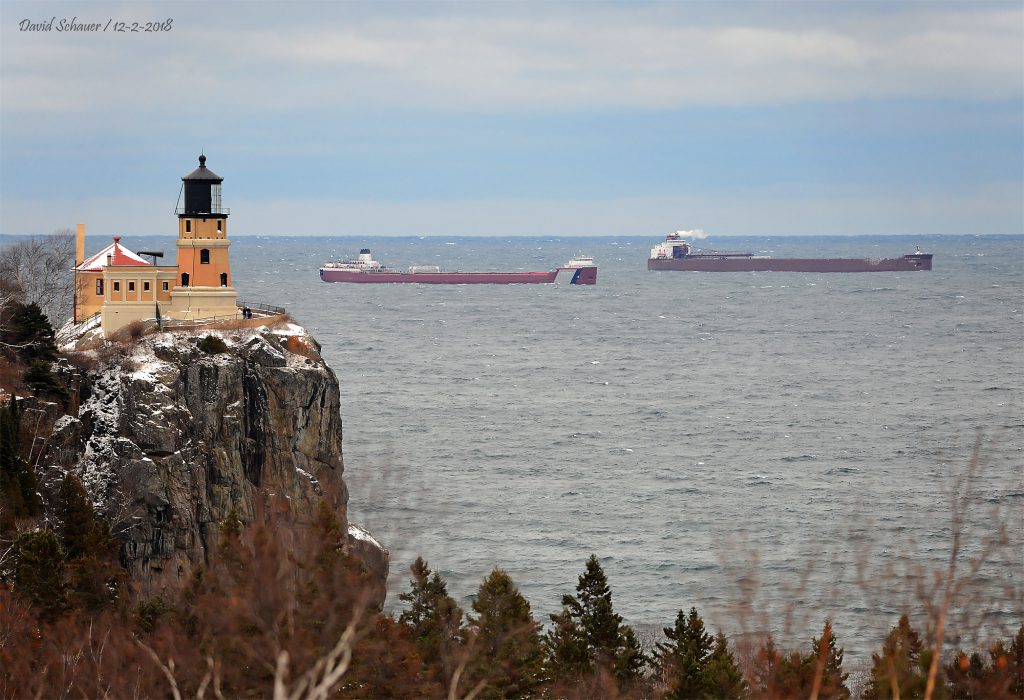 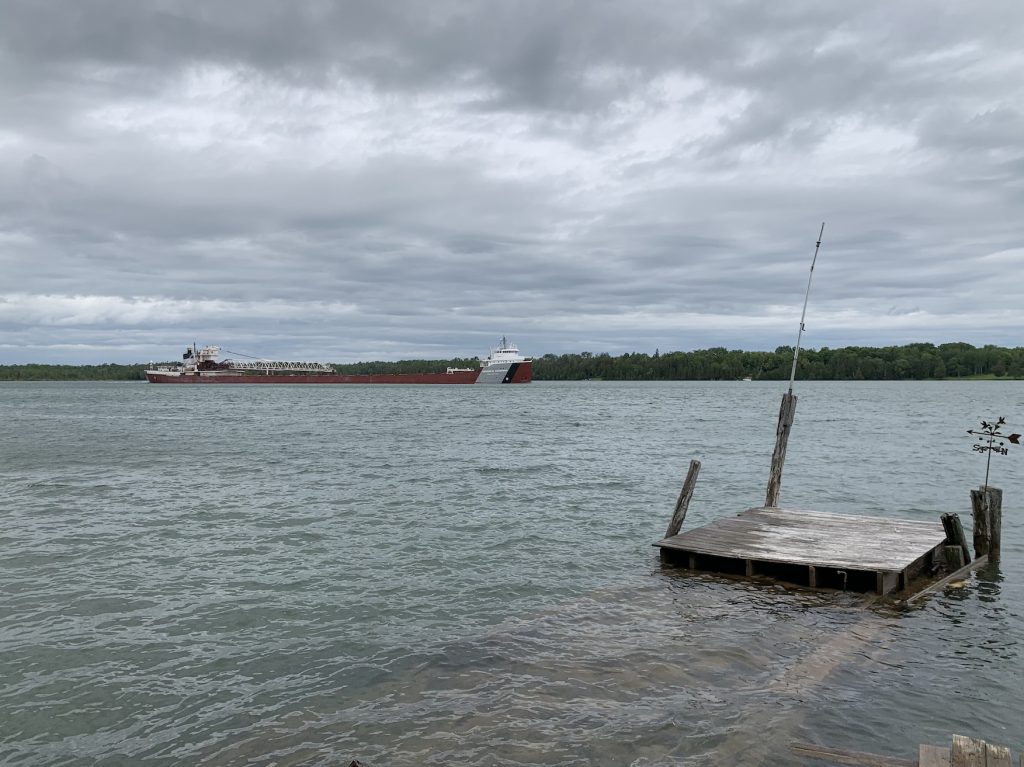 Arthur M. Anderson downbound below the Rock Cut during a year with high water levels on the St. Mary's river. Jack Hurt photo 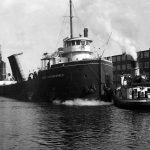 Today in Great Lakes History – May 11 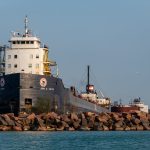