As on the inland waterways, when the COVID-19 pandemic hit, essential workers on the Great Lakes and St. Lawrence Seaway kept on working. They navigated their way through new restrictions and precautions, dealt with a drought and are now hoping for a brighter 2022 season.

The seaway is a continuous navigable deep water system of waterways crossing from as far east as the Atlantic Ocean to as far west as Duluth, Minn., via the Great Lakes and area rivers. It was built by the United States and Canada and opened in 1959.

More than 237,000 jobs and $35 billion in economic activity in the United States and Canada are annually supported by movement of various cargoes on the seaway system. More than 35 million metric tons of cargo move along it each year, according to U.S. Department of Transportation figures.

A ship transiting the seaway system’s 15 locks from Montreal to Lake Erie crosses the international border 27 times, and the U.S. Department of Transportation and Transport Canada work closely together to ensure that journeys are as safe and seamless as possible.

Read the full article at this link: https://www.waterwaysjournal.net/2022/06/17/great-lakes-shipping-forecast-cautiously-optimistic/

The sensors allow the school to quickly identify and react to spills.

Staff with the university say they were planning on deploying the sensors sometime soon anyway, but the recent spill moved the timeline forward.

With a rapid response grant and help from an Ann Arbor based tech company, the school was able to send one out just days after the spill.

“This is just I think providing more attention to the issue and maybe a bit more urgency to make sure that we have a system in place that can help detect, respond and recover that oil in a much faster way,” said Ashley Moerke, director of the Center for Freshwater Research and Education.

Moerke says LSSU plans on putting more of the sensors in the Great Lakes and St. Mary’s River in the coming months.

Great Lakes levels are down, but it may be too soon to celebrate

And while that will be a welcome change for communities and property owners who have been trying to keep up with erosion affecting their shorelines, some experts are advising caution before folks get swept up in a wave of relief.

U.S. Army Corps of Engineers data from this month indicates the height of Lake Michigan and Huron hit 577.5 feet at the start of last week — more than two feet shallower than the levels recorded in June 2020, and more than five feet less than the eight-month peak of 582.2 feet.

Those levels were so high that, even after extremely dry conditions last year, reaching drought levels in some parts of the Great Lakes basin, the waters in Lake Michigan and Huron were still well above their 100-year average. Even now, as the lakes continue their decline, coastal Michigan communities are unlikely to see a return to pre-2017 conditions yet this summer.

“Even with the driest conditions, we show the level remaining above long-term average, so at least for the next six months, it’s very unlikely that levels would dip below average,” said Keith Kompoltowicz, the Great Lakes Watershed Hydrology chief for the Army Corps.

Combined, all these factors have a number of implications for those living on or visiting the Lake Michigan waterfront, and few of them are purely hopeful. Coastlines and marinas are still likely facing another summer with waves rising above the ideal height — all it would take would be another series of sustained wet seasons for lake levels to surpass the crest seen two summers ago.

Meanwhile, the shift from 2020 to now already suggests a possible trend toward more severe fluctuations in lake conditions, cycling between high and low points on a much more condensed timescale than seen before in historical records.

Read the full article at this link: https://www.record-eagle.com/news/local_news/great-lakes-levels-are-down-but-it-may-be-too-soon-to-celebrate/article_bc589df2-ec20-11ec-bc15-13b0e81443d3.html 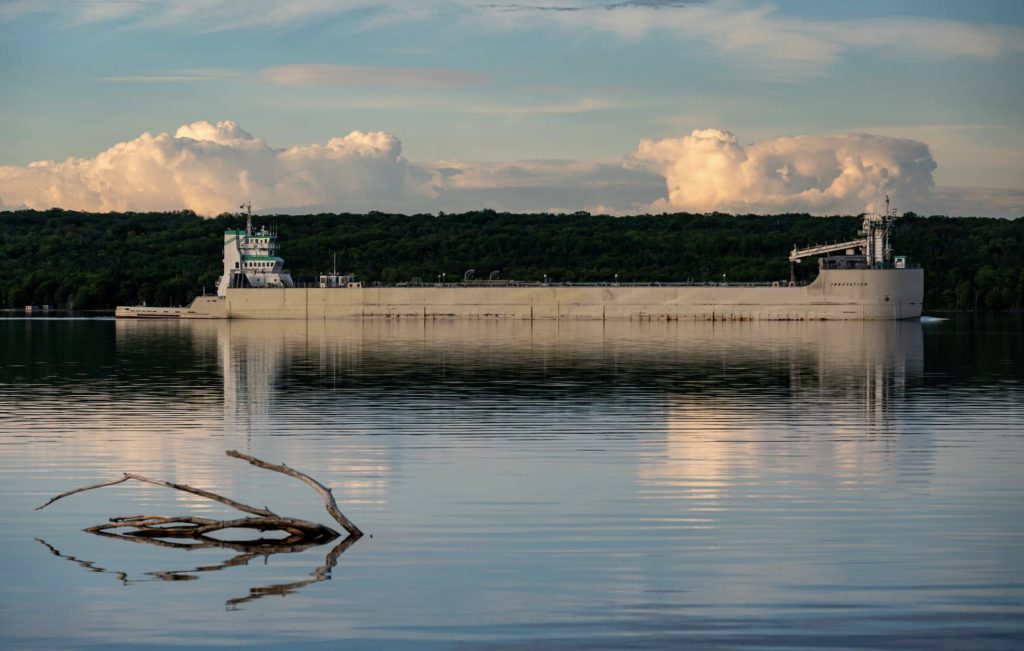