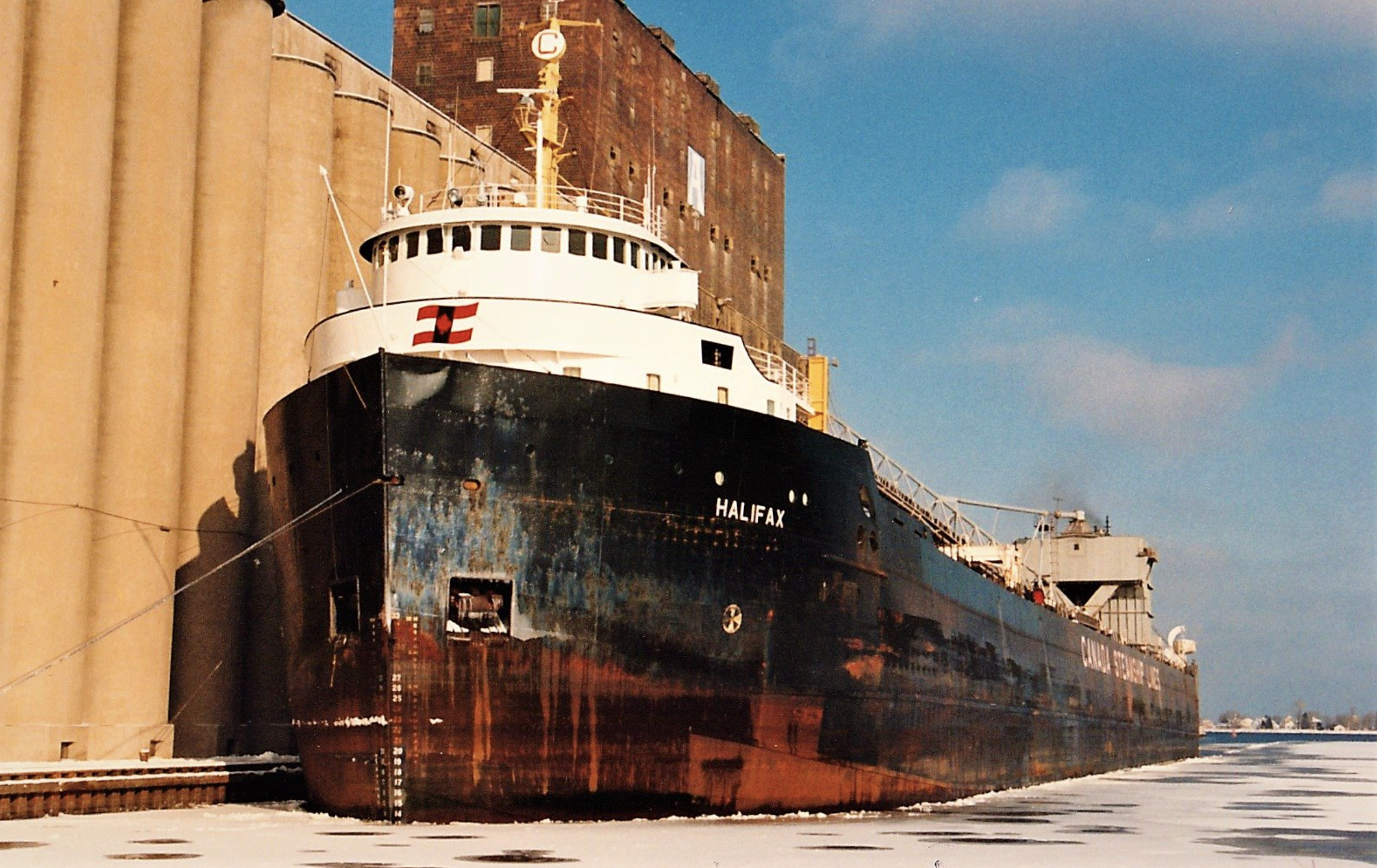 DULUTH, MN – The Hansen-Mueller Company recently finalized acquisition of General Mills Elevator A in Duluth, Minnesota, completing a deal that will bring the grain-handling facility back into active service.

Owned previously by General Mills and inactive since 2015, Elevator A becomes the second Hansen-Mueller-owned grain complex in the Twin Ports, joining the Daisy Elevator and Elevator M complex in Superior, Wisconsin.

Elevator A anchors the northern end of Rice’s Point in Duluth. It stands 185 feet above the harbor, with a 3.5 million-bushel storage capacity. Consolidated Elevator Company built the structure with ceramic tile, brick and concrete in 1908, replacing the original wooden elevator constructed on the site in 1894. General Mills purchased the elevator from Consolidated in 1943, modernizing it in the 1970s and operating it until 2015. The site includes a 1,900-foot dock, with a slip depth of 28 feet, and on-dock rail service from BNSF Railway.

Nebraska-based Hansen-Mueller plans to bring the facility back into operation in time for the 2022 harvest season. The facility will import and export primarily small grains grown in the United States and Canada to domestic and foreign destinations. “The facility fits our portfolio very well and will complement our import and export program, as well as our interior grain assets and processing plants,” said Paul Johnson, Hansen-Mueller vice president and chief operating officer. “We are excited to grow our business in the Port of Duluth-Superior, and bring new business onto the St. Lawrence Seaway.”

The reactivation of Duluth’s Elevator A is expected to add at least eight new jobs on the working waterfront, in addition to generating added revenues and increasing grain tonnage through the Port of Duluth-Superior.

“Elevator A is a valuable asset in our port, with its grain-handling capacity, excellent road and rail connections, plus a long, solid, Seaway-depth dock for ships, and we’re excited for its potential,” said Kate Ferguson, Duluth Seaway Port Authority director of trade and business development. “We’ve been looking for the right match to put that asset back into active use, and Hansen-Mueller proved to be that match. It was a process working together with Hansen-Mueller, General Mills and BNSF, which owns the land on which the elevator is built, and we’re appreciative of everyone’s efforts that brought us to this exciting announcement for Hansen-Mueller, the Port of Duluth-Superior and the Duluth Seaway Port Authority.”

While a Kingston museum still hopes to land the SS Keewatin, its board of directors seems to have splintered in two.

One former board member of the Marine Museum of the Great Lakes at Kingston told MidlandToday that the Keewatin pursuit was one of the issues that led to the recent split that saw six board members tender their resignations. “The reason was a difference of opinion about the future direction of the museum,” said former board member John Summers, who serves an adjunct professor of Museum Studies at Faculty at the University of Toronto as well as Hamilton’s manager of Heritage Resource Management where he directs the operation of eight civic museums. When asked if the Keewatin played a factor in that regard, Summers replied: “Yes, but only insofar as it was part of an overall approach to the future direction of the museum.”

Earlier this year, the museum had 14 board members, a number that has since shrunk to eight. Museum board chair Chris West declined to address the resignations by six board members, but rather said getting the Keewatin remains something the museum is actively pursuing.

“I have no comments to make on board turnover,” West said. “The Marine Museum board continues to operate with purpose and integrity, and if the right conditions prevail, we look forward to receiving the SS Keewatin into the museum’s collections.

“The ship was accorded a Category B Canadian Cultural Property designation last fall, conditional on it residing in the Dry Dock at the Marine Museum of the Great Lakes at Kingston,” West said.

“The Museum and (owner) Skyline (Investments) are still engaged in the time-consuming process of securing an agreed upon valuation of the ship from the Canadian Cultural Property Export Review Board. When a final decision will be rendered is difficult to say.”

Read the full article at this link: https://www.midlandtoday.ca/local-news/kingston-museum-vying-for-keewatin-sees-massive-board-upheaval-5452015?fbclid=IwAR0qcu9S0V-cIoSAxUhxIKAzpSZkNVsalw9naoPwGU-IHK-fXtq7oUp6bZU

Explore the pipes and gears of early 20th-century engine rooms, climb below deck into crew cabins, and hear stories from Toledo’s maritime past in a new tour series of the National Museum of the Great Lakes’ historic ships. For a limited number of Saturdays beginning June 18, the museum will host its Hard Hat Tours, which will take visitors into the previously unseen areas of its exhibition vessels.

“This is an idea that we’ve had for forever,” said Ellen Kennedy, education and visitor experience director at the museum. “The museum ship, the vast majority of it is open to the public, but there are some spaces that are not safe for everyday access by everyday visitors.”

The behind-the-scenes tours will provide visitors the opportunity to delve into parts of the ships that are less well-restored. Donning hard hats and gloves, the visitors will travel down steep metal staircases and through areas with low headroom to see spaces that are otherwise only accessed by staff and volunteers.

Many of the all-volunteer guides have real maritime experience, having worked on freighters or as part of the United States Army Corps of Engineers. Jack Hugo, one of the museum’s tour guides, worked on tugboats for five years with the Great Lakes Towing Company — he even took two trips aboard the Ohio, which is currently on display at the museum. He looks forward to sharing more of his expertise as part of the new tour series. “I like to show people the whole entire ship,” Mr. Hugo said. “A lot of people don’t realize what it takes to make these things go.”

Compared to the typical 90-minute tours of the museum vessels, which focus mainly on Toledo’s general history as a port city, these tours will dive deeper into the technical elements of the ships. The concept behind these tours is not a new one. Ms. Kennedy said that the museum offered a similar insider viewing experience as a benefit for raffle winners about four years ago, and as a result, they “had hard hats at the ready.”

For the tour, visitors will step onboard all three of the museum’s ships — the cargo ship Col. James M. Schoonmaker, the tugboat Ohio, and the St. Marys Challenger pilothouse.

The 617-foot Schoonmaker launched in 1911 as the largest freighter operating in the Great Lakes region, named the “Queen of the Lakes” and breaking records for amounts of cargo carried. Hard Hat Tour visitors can view the bow thrusters and propellers at the ship’s lowest points, step inside the smokestack, and peer into a dark and cavernous cargo hold.

On the Ohio, the tour will include the tug’s engine room and the below-deck crew cabins. First built as a fireboat in 1903 for the city of Milwaukee, the Ohio famously was the only commercial vessel to be christened with a bottle of beer instead of champagne.

This tour series also marks the debut of the museum’s most recent nautical acquisition. After arriving on the museum property in December, 2021, the pilothouse of the St. Marys Challenger will be included on the tour in its mid-renovation condition.

Containing the steamship’s original steering wheel and navigation equipment, the detached pilothouse will also remain an active restoration site throughout the summer as museum volunteers make it ship-shape. “Depending on what tour people take, they’re going to see different stages of the restoration,” Ms. Kennedy said.

After the launch in June, tours are scheduled for July 16 and Aug. 20. A total of four tours will be offered per Saturday and each tour will last two hours and will comprise eight people per tour.

Tickets for the Hard Hat Tours are $35 for National Museum of the Great Lakes members and $50 for all others and include museum admission.

Recently, Boatnerd ran a survey asking what users would like to see on the site. Within the week-plus time the survey was open, we received 1,102 responses.

• 38.7% of respondents were from Michigan, the highest of any state/province.

• 51.7% of respondents said they primarily use the site for current events/news.

• More than half of respondents showed significant interest in museum ship attractions.

See the details in the image gallery. 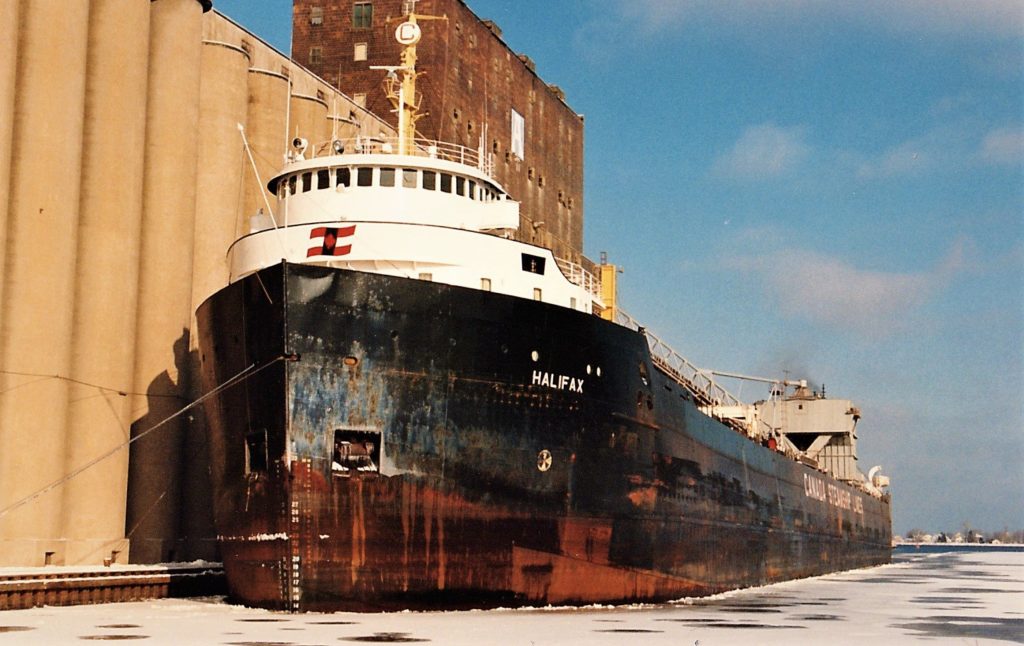 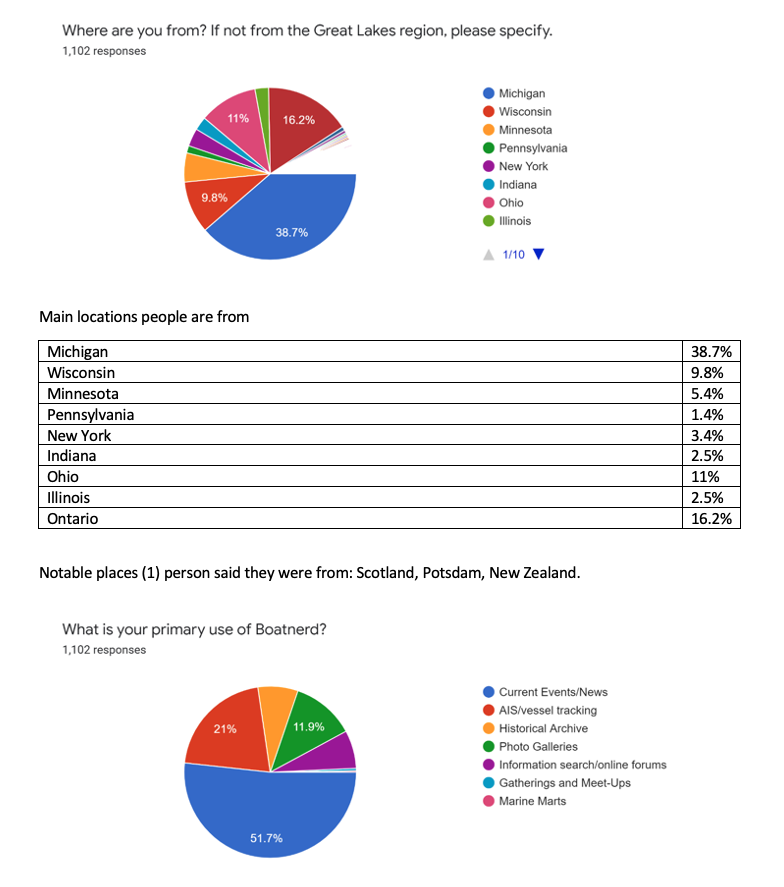 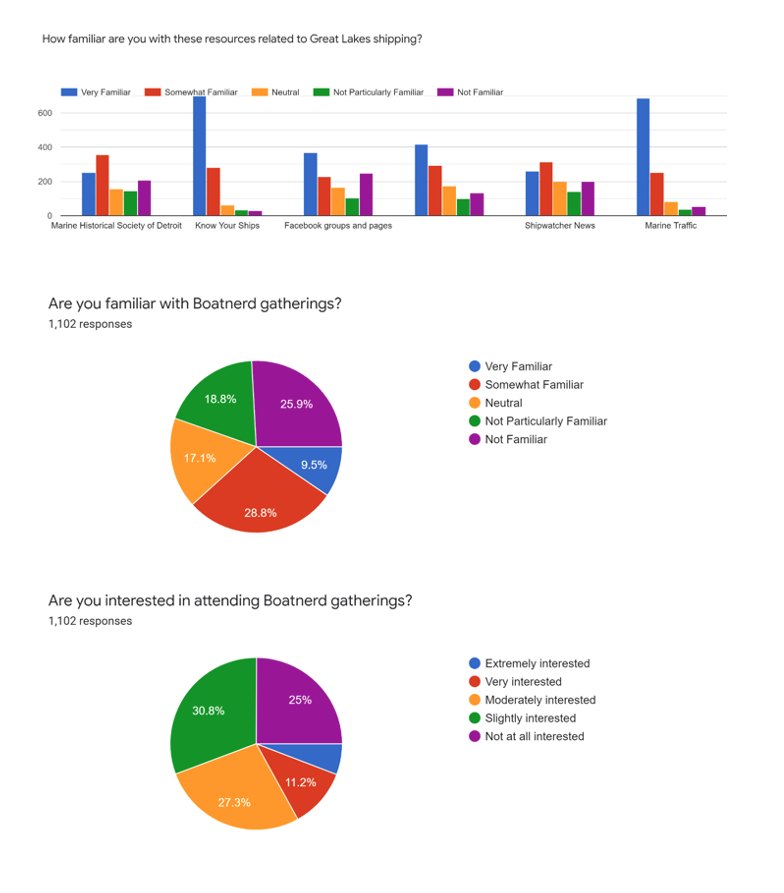 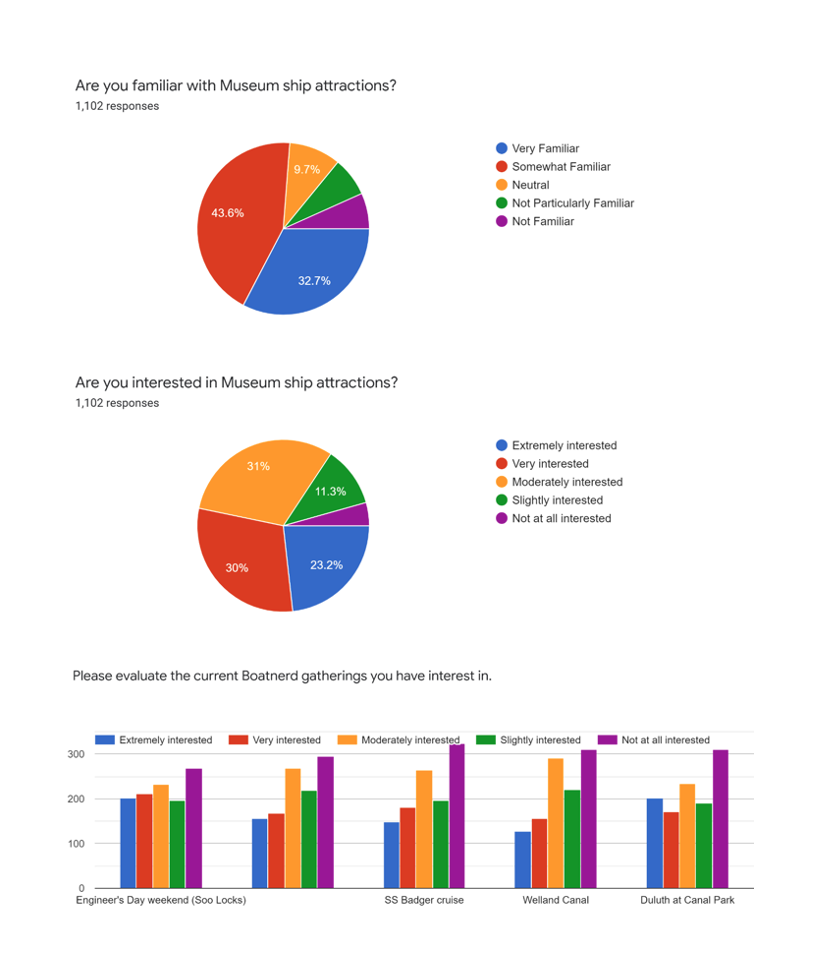 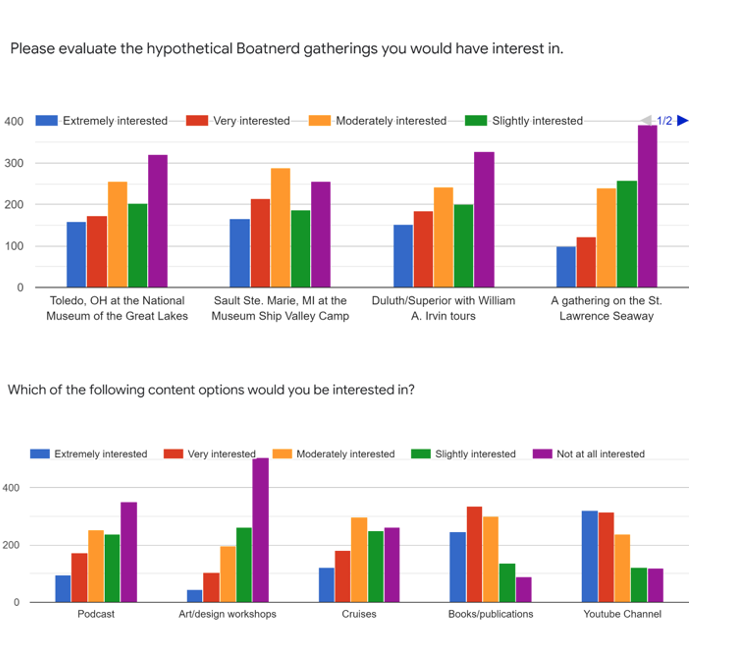 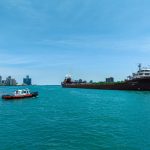 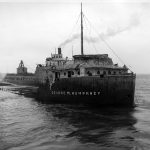