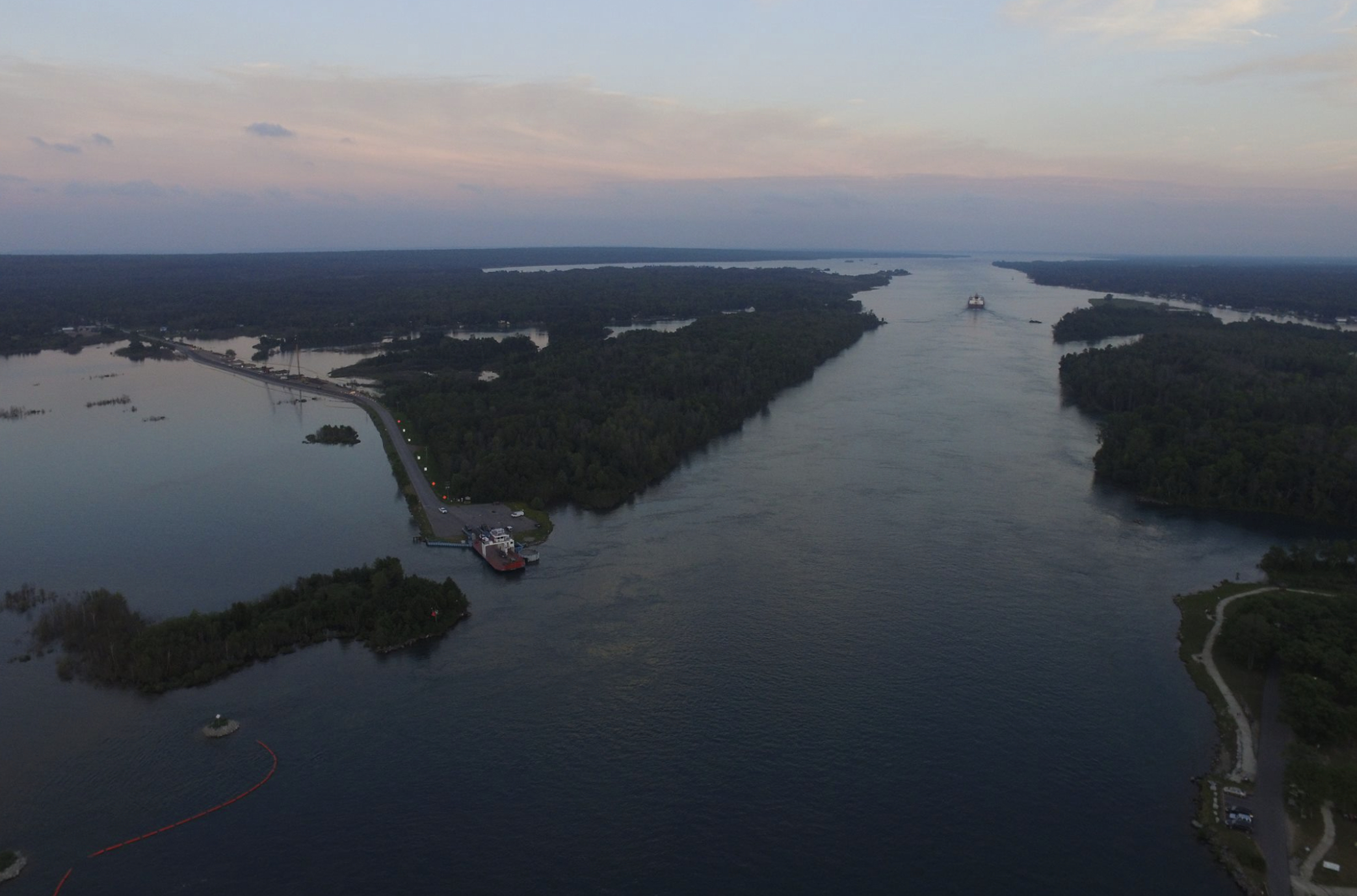 The estimated 5,300 gallons of gear oil spilled at the Algoma Steel mill in Sault Ste. Marie, Ontario, on Thursday, June 9, will persist in the water until it biodegrades, the U.S. Coast Guard said Friday, during its second day of spill response in the St. Marys River.

“It’s not a product that will evaporate, but it should naturally weather over the next few days and dissipate,” said Lt. Tyler Carlsgaard, with the U.S. Coast Guard in Sault Ste. Marie. Carlsgaard said response efforts are focused on the north end of Sugar Island, located on the eastern end of Sault Ste. Marie.

Canadian environmental authorities said they are overseeing the cleanup of oil spilled at the steel facility, which is in early stages. Officials at the Ontario environment ministry said they were unsure of the volume of oil that spilled into the river, but most remained on the ground at the company. “Some of the oil entered Algoma Steel’s wastewater treatment plant where it was then discharged to the river,” said Gary Wheeler from the Ontario Ministry of the Environment, Conservation and Parks.

Canadian officials are still trying to clean up the oil spill.

Wheeler confirmed the company hired clean up contractors and placed absorbent booms on the river to contain the spill. Those workers are still actively responding to the oil spill, he said. “The ministry is requiring that Algoma Steel assess the extent of the spill and prepare clean-up and monitoring plans to address and assess any short and long-term impacts to the river,” Wheeler said.

Ashley Moerke, Lake Superior State University professor and director at the new Center for Freshwater Research and Education along the St. Marys River shoreline in Sault Ste. Marie, said researchers there are keeping a close watch on the situation. They set up an experimental petrochemical detection system along the northern shore of Sugar Island on Friday morning, she said, but as of mid-day had not yet found signs of oil washing up on U.S. land.

Meanwhile, area residents who get their drinking water directly from the river are under a water advisory issued by health officials on both sides of the international border. Algoma Public Health in Canada issued an advisory in effect until further notice, as did the Chippewa County Health Department.

Those with water intake downstream from the steel mill or those with near-shore water wells are at possible risk of contamination from this spill, the agencies said.

Municipal water systems for the both cities remain unaffected by the oil spill.

However, both American and Canadian health officials advised residents not to swim, kayak or fish on the river, nor drink, bathe, or shower with the river’s water. Pet and livestock access to the water should also be restricted, authorities said.

The Canadian Coast Guard is looking to charter a research ship for up to five years while it waits for a new $1-billion offshore oceanographic science vessel to be built under the national shipbuilding program.

“Having a backup plan in case another pandemic hits or something else I think is always good sound management. So that’s why we’ve put that insurance policy into place,” assistant commissioner Gary Ivany said in an interview after an event in Sambro, N.S.

Ottawa has issued a request for information to industry to charter an “interim science vessel” on the East Coast for 2023 to 2026, with an option for two more years. The coast guard intended to keep the offshore science ship CCGS Hudson in service until its replacement was ready. But a catastrophic motor failure last fall forced it to abandon that plan. The 59-year-old Hudson was officially retired earlier this year.

Construction of a new offshore oceanographic science vessel for the East Coast has started at the Seaspan shipyard in Vancouver. It is currently estimated to cost $995 million. Delivery is now expected in 2025.

“Steel-cutting is underway. Work is progressing well. Long lead items have been purchased. So we’re very confident in the timelines as they stand today,” Ivany said.

Spokesperson Adam D’Agostino says the company has been impacted by COVID-19, but has been able to keep its shipyard open and operational. ”We are continuing working closely with the coast guard and the navy to mitigate the impact of COVID on our programs and vessel delivery schedules,” D’Agostino said.

Choi says shipbuilding around the world has been hit by the COVID-19 pandemic and delayed supply chains. “Even the Chinese with their incredibly massive amounts of human resources, they’re delaying their naval shipbuilding, which is unprecedented in terms of their construction rates. So nobody’s immune to this. And the fact that the coast guard is putting out this interim proposal at this point tells us that they are well aware of that,” Choi said.

The next issue is availability. Last year, the coast guard bought an Irving-owned light icebreaker working in Turkmenistan in the Caspian Sea. “Asking for an interim replacement that’s actually somewhere around the world that’s very important. Now, whether that vessel actually exists is a different question,” Choi said. “That’s the whole point of this request for information. They want to see what the industry knows about availability.”

Even if the new ship from Seaspan meets this latest delivery date, it will take time to get the ship into service.

The timeline to replace CCGS Hudson has been a moving target since it was included in the National Shipbuilding Strategy announced by the Harper government 15 years ago. It was originally expected to cost $109 million with delivery in 2017. Since then the price has risen nearly tenfold and delivery has been moved to 2021, 2023, 2024 and 2025.

With the Hudson now permanently tied up at the Bedford Institute of Oceanography, the Department of Fisheries and Oceans is looking elsewhere for platforms to conduct science on the East Coast this year.

This spring, it paid $5.1 million to the Woods Hole Oceanographic Institution in Massachusetts to use its research vessel, Atlantis, to carry out ocean climate monitoring surveys off Nova Scotia and Newfoundland and Labrador.

Another charter is expected to be awarded soon to carry out planned surveys in the fall.

In recent years, DFO and the coast guard have been forced to increasingly rely on charters as the Hudson required more refits, repairs and maintenance to stay afloat.

The coast guard says it intends to use some of its other vessels for DFO science work.

The last bits of winter snow and ice in the Great Lakes melted in late May, according to a NOAA-GLSEA (Great Lakes Surface Environmental Analysis) tracker that uses satellite data to produce real-time daily estimates of Great Lakes ice coverage.

Before it melted, scientists collected samples of ice, snow and frosty lake water in a coordinated scientific event called Winter Grab, a research effort to assess the winter conditions of the Great Lakes and Lake St. Clair. More than a dozen teams of scientists from the U.S. and Canada participated in the inaugural event, which took place during a single week in February. The shared results will provide the first systematic baseline of winter conditions on the Great Lakes, giving important clues about how climate is affecting lake ecosystems as a whole.

Using precise scientific instruments as well as ordinary tools like ice picks, slotted spoons and plastic jugs, decentralized teams across all five lakes drilled their way through the ice to collect water samples, measure underwater light levels and gather plankton and other microorganisms. The data will help them better understand ice properties, water chemistry and lake biology, as well as help them determine how the lakes are influenced by the changing climate.

Winter Grab was organized by University of Minnesota Duluth associate professor Ted Ozersky, who also organized the Great Lakes Winter Network (GLWiN), a research collaboration between multiple organizations. “Over the last few years, lake scientists increasingly recognized that we know very little about what lakes do in the winter,” Ozersky says. “Part of the motivation for Winter Grab is to fill this big information gap. The other motivation is climate change.”

Michigan native Emily Elconin photographed two teams that participated in the effort, joining them on Lake Erie and Lake Huron. Here’s a look at the how scientists are advancing our understanding of the impacts of climate change on the Great Lakes:

Marine Mart in Port Huron to resume in June

PORT HURON, MI – A long-standing tradition, sidelined by COVID, will make a return this year in a new location. The Summer Marine Mart, formerly the St. Clair Marine Mart, will be held Saturday, June 11, at the American Legion Post #8, 1026 Sixth St., in Port Huron, from 10 a.m.-2 p.m. The Mart features nautical items, artifacts, photos, books, artwork, models, postcards and more. See the poster in the image gallery below for more information.

You can order a copy at http://www.knowyourships.com/catalog.html

Please take a moment to complete our survey. It takes less than five minutes and will help us determine the future of Boatnerd. Thank you. 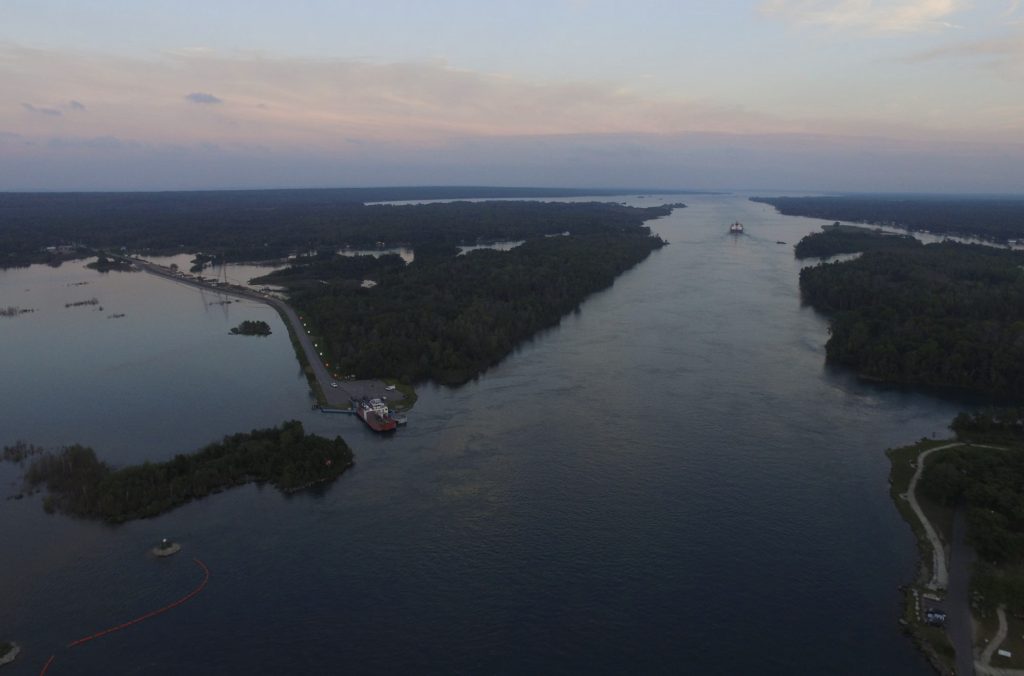 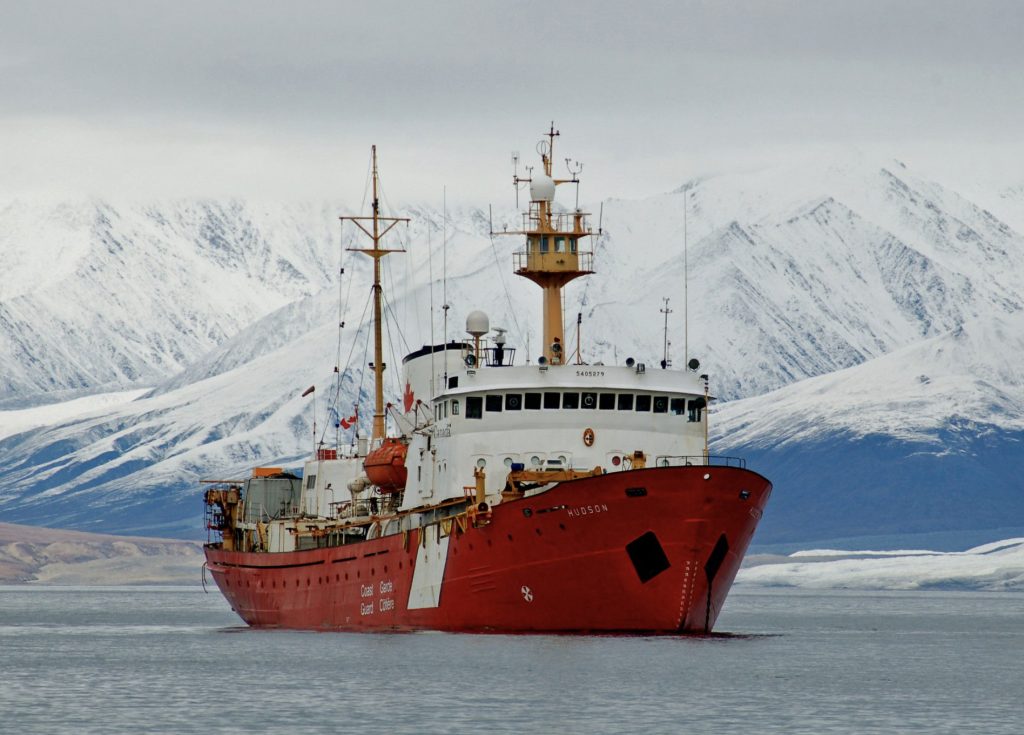 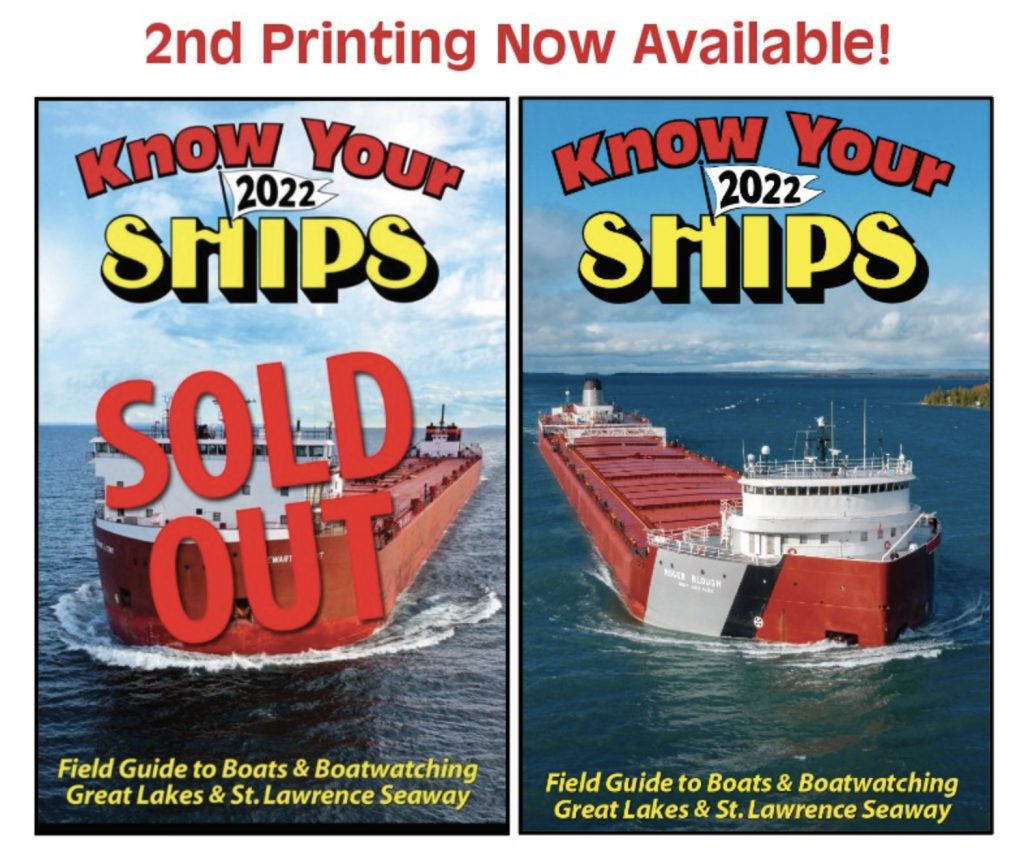 Know Your Ships announcement on the second printing 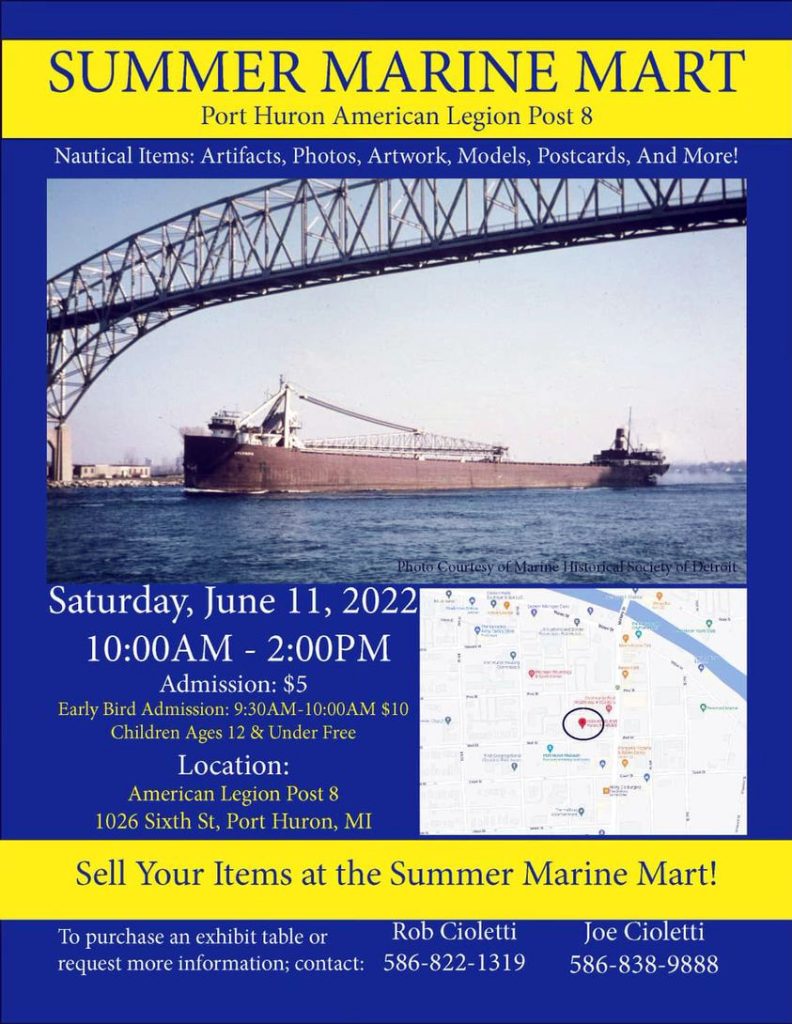 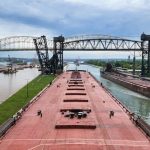 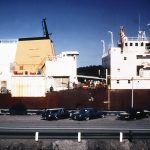